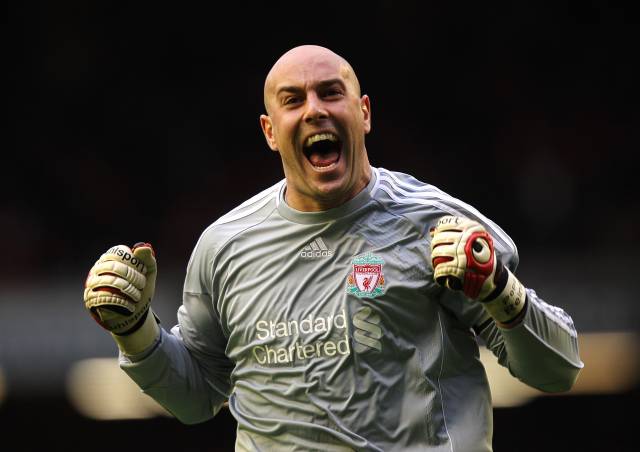 When questioned directly about the rumours linking him with Edwin van der Sar’s soon-to-vacant lot at Manchester United during an interview with a Spanish radio station, Liverpool ‘keeper Pepe Reina tiptoed around the subject, refusing to rule out a move to Old Trafford during the off-season.

“Yes, well Van der Sar will hang up his gloves in the summer so of course they are looking. I can’t do anything. I can’t say anything logically as I have a contract with Liverpool.

“Of course one likes to fight for titles and be in a team that does that. We always fought to be in the Champions League and try to win the title. But unfortunately it hasn’t been the case in the last couple of years.”

“I won’t lie, I want to play in the Champions League and challenge for titles.”

Another ‘exclusive’ scoop for the Sun’s Spanish translation department?