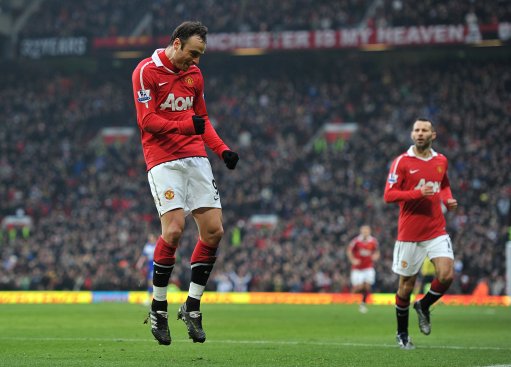 The Daily Mirror (plus a couple of other sources) seem fairly sure that Manchester United are about to hand their cameo artiste extraordinaire, Dimitar Berbatov, a whopping new three-year, £175,000-a-week contract at some point during the next few weeks – a deal that will eventually be worth around £25 million to the languid Bulgarian – in return for his 19-goal haul this season.

United are apparently willing to waive their policy of only offering twelve-month deals to players in their thirties, as Berbatov only turned 30 a fortnight back and is therefore not ‘viewed by the club as a risk’.

That, as they say, is that. Seem like a good deal to you?