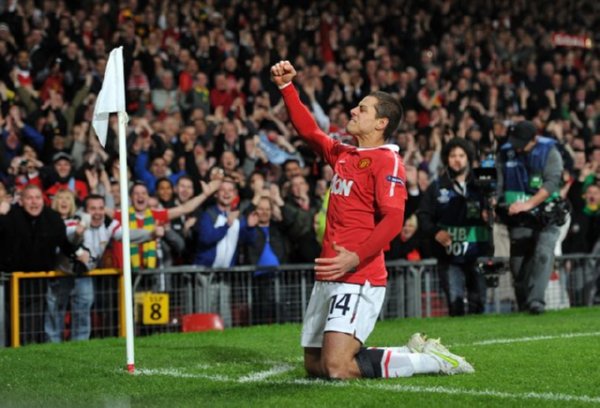 Despite not being wholly convincing on the evening, Manchester United marched into the quarter-finals of the Champions League with a 2-1 victory over Marseille at Old Trafford last night – courtesy of a brace from their poacher incarnate, Javier ‘Chicharito’ Hernandez.

By our slightly dubious calculation, that makes it 16 goals from 18 goal-bound attempts in only 17 starts for Hernandez – not bad for a maiden campaign, not bad at all.

A late Wes Brown own-goal may well have buggered things up for United had Marseille taken any of the three glorious chances they managed to carve themselves just before half-time but, alas, the Little Pea’s shooting boots proved decisive once again. 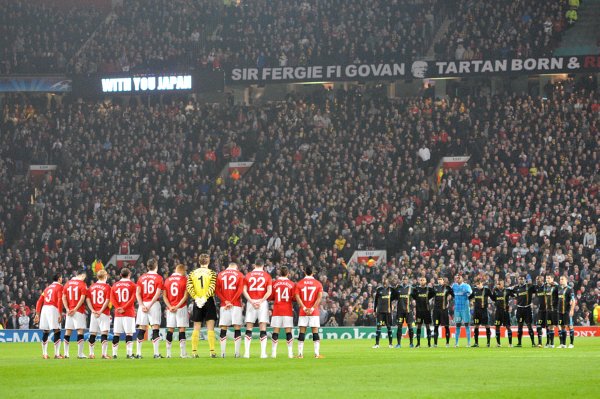 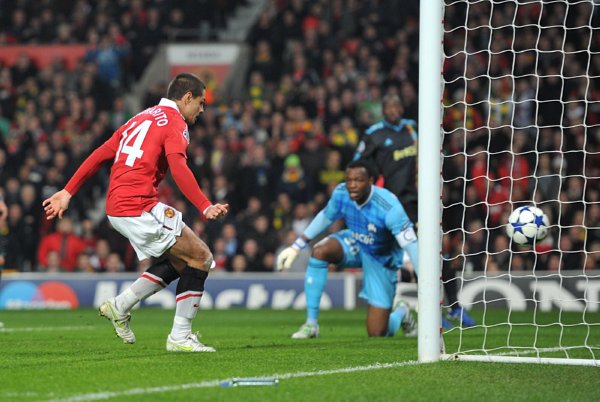 Chicharito opens the scoring, turning Wayne Rooney’s cross in at the back post 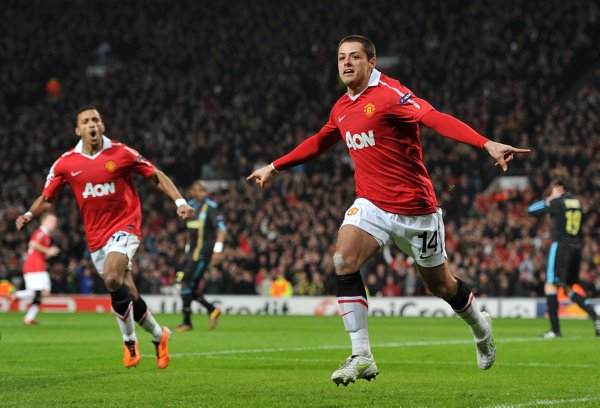 Chicharito celebrates his first goal of the evening 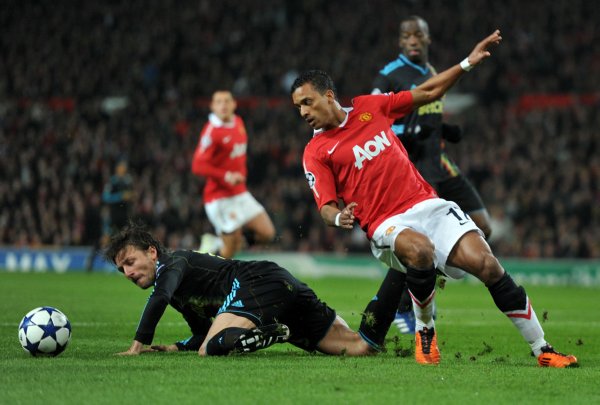 Gabriel Heinze and Nani scrap for the ball 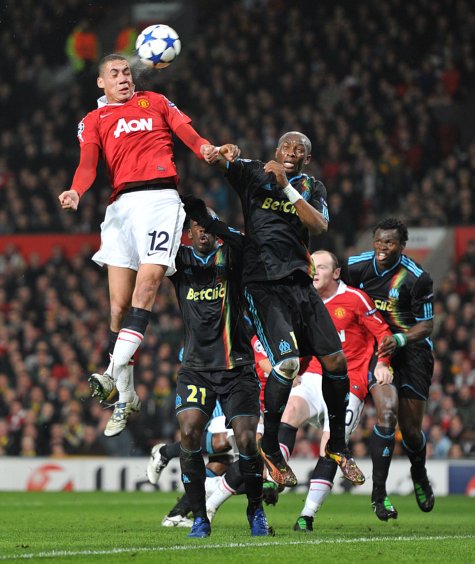 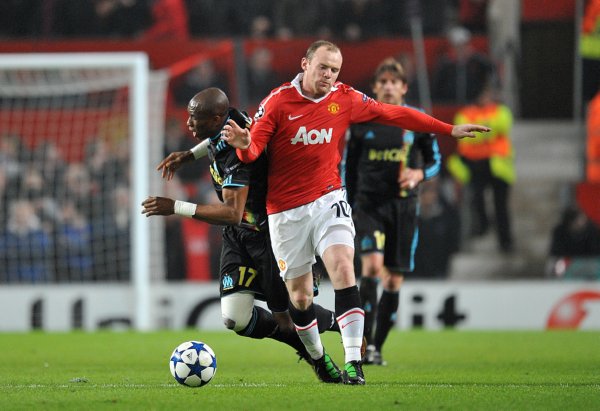 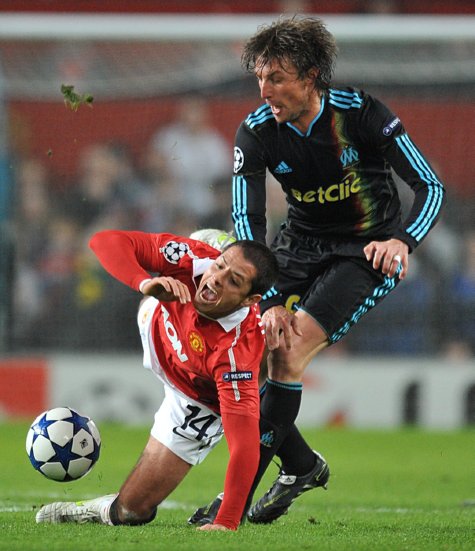 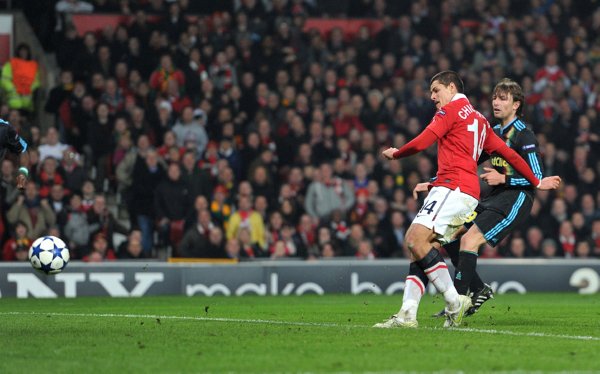 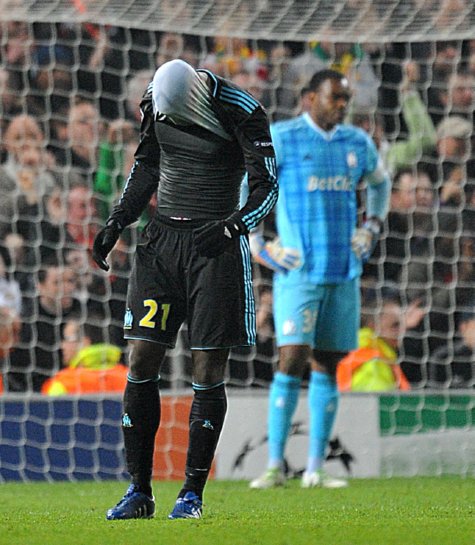 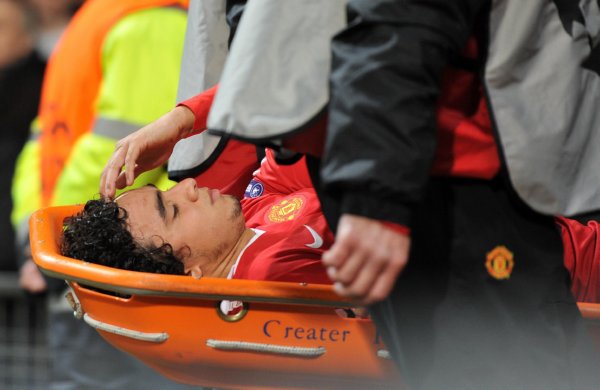 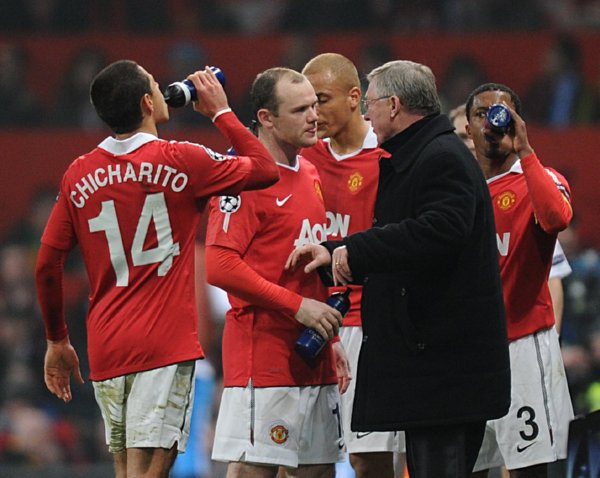 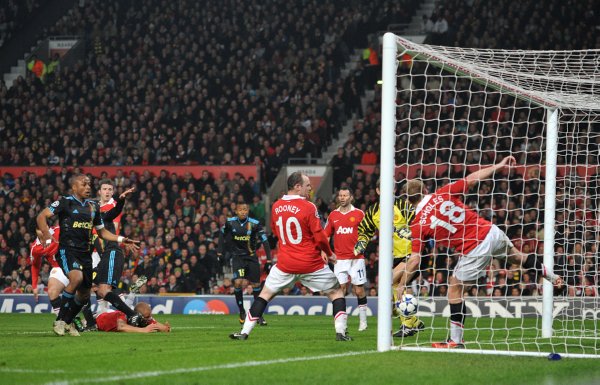 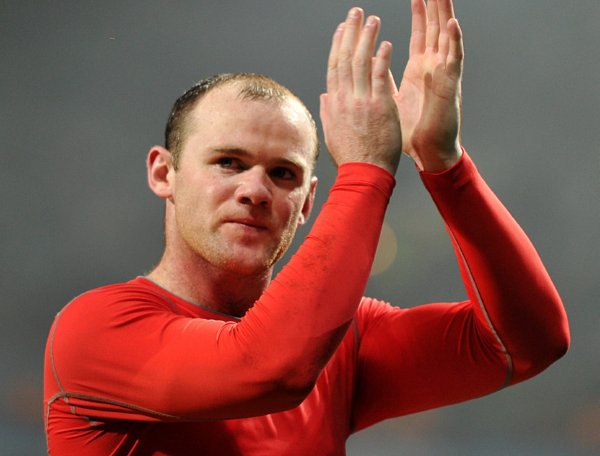 Wayne Rooney salutes the United supporters after the final whistle