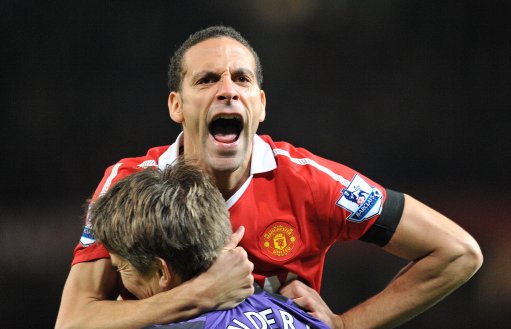 The defensive injury woes are seriously beginning to pile up at Old Trafford as we approach the pointy end of the season, with the news today that, after making only 15 Premier League appearances so far this season, Rio Ferdinand may miss the rest of the campaign with a calf strain that has kept him out since early February.

Sir Alex Ferguson has admitted to whichever lone press outlet he is currently au fait with that Ferdinand’s ongoing injury blight is no longer being regarded as a ‘short-term’ issue, and that the centre-back may not return before the season culminates in May:

“Rio has been out for a few weeks now. We are not looking at this as a short-term situation. He has not started training yet. We will be lucky to get him back for some part of the season.”

Meanwhile, defensive pair John O’Shea and Rafael both suffered hamstring injuries against Marseille on Tuesday night, with the former expected to miss the next five weeks of action and the latter the next three.

Add to that a calf problem for Nemanja Vidic and doubts as to whether Jonny Evans will be fit to return, United’s backline is looking incredibly threadbare going in to this weekend’s game with Bolton – with Wes Brown expected to partner Chris Smalling in the heart of defense and Fabio switching to right-back.

That said – and to coin a footballing phrase – there tend to be lies, damned lies, statistics and then come Fergie’s injury updates.