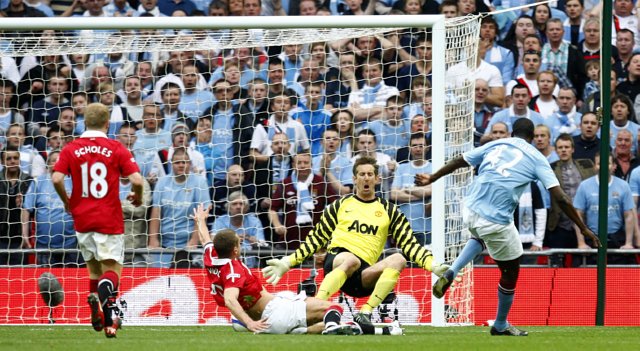 Following a bit of a tit-for-tat first-half, the balls-out Mancfest of an FA Cup semi-final at Wembley this afternoon ignited soon after the interval, with City seizing on the shift in momentum afforded to them by a booming crowd to both nudge themselves in front and effectively shore up the game – all within the space of a fevered 25-minute period.

‘Twas the colossal Yaya Monster that provided City’s decisive goal eight minutes after half-time, seizing on Michael Carrick’s duff pass to power past Nemanja Vidic and roll a low shot through the splayed legs of the advancing Edwin van der Sar as the Ivorian rumbled into United’s penalty area.

City then pressed a reeling United high for the majority of the subsequent 20 minutes, roughly until ‘Typical Scholesy’ reared his wheezing pink head and duly saw red in the 73rd minute after paring his studs through Pablo Zabaleta’s right hock… 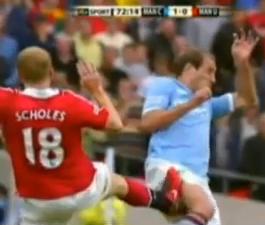 …leaving his side to chase the game for the remainder with a one-man deficit, with only the limited talents of Anderson and Fabio drafted from the bench to aid the cause, while City defended their weighty lead manfully.

There was also a bit of barney after the final whistle when Anderson and Rio Ferdinand took umbrage at apparently being taunted by Mario Balotelli, but it soon blew over as City congregated in the centre-circle, linked arms and celebrated like they’d just won the bloody FA Cup outright! 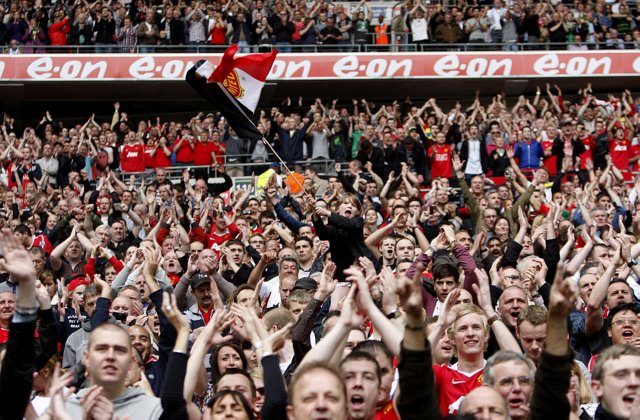 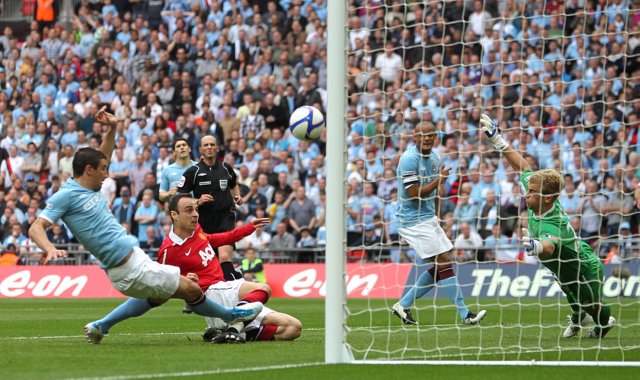 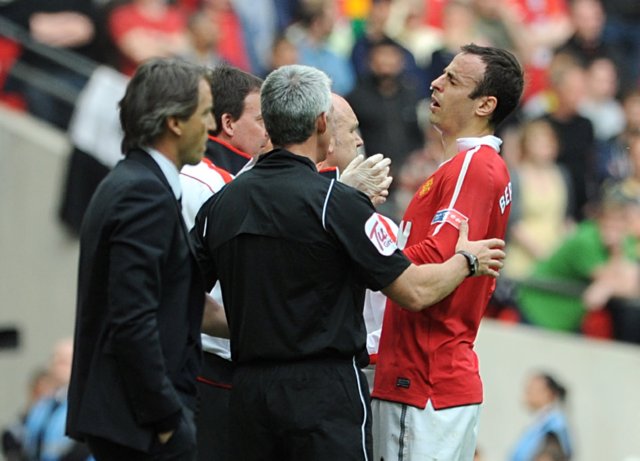 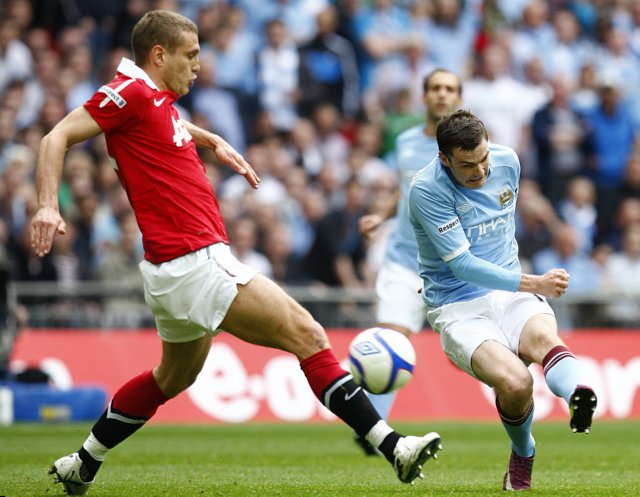 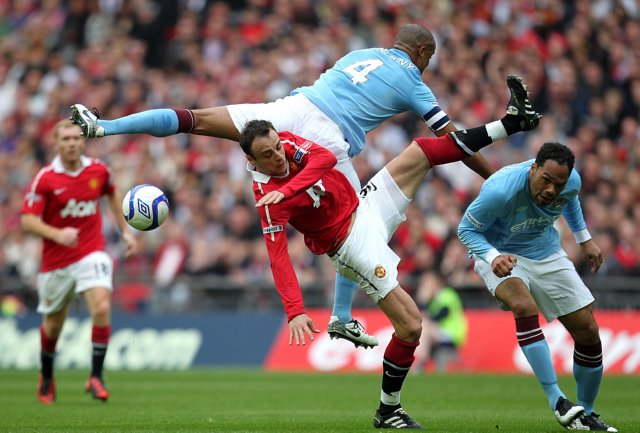 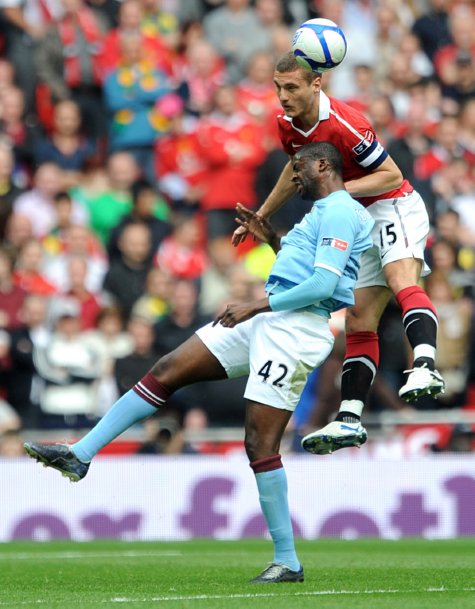 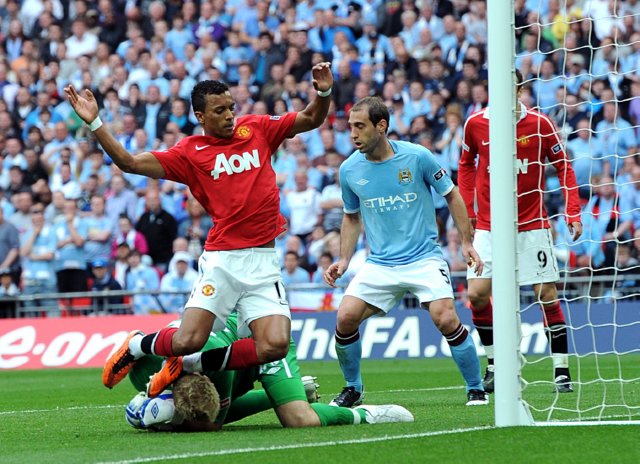 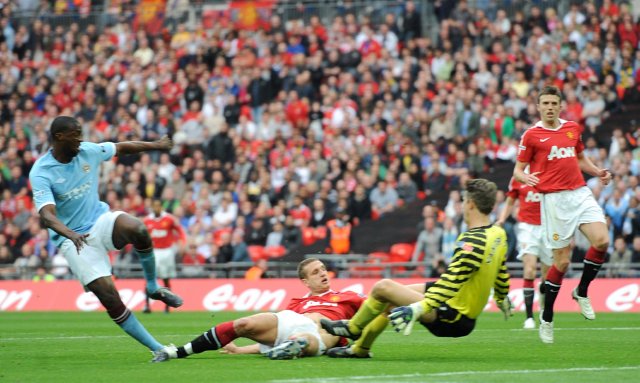 Yaya Toure scores the only goal of the game 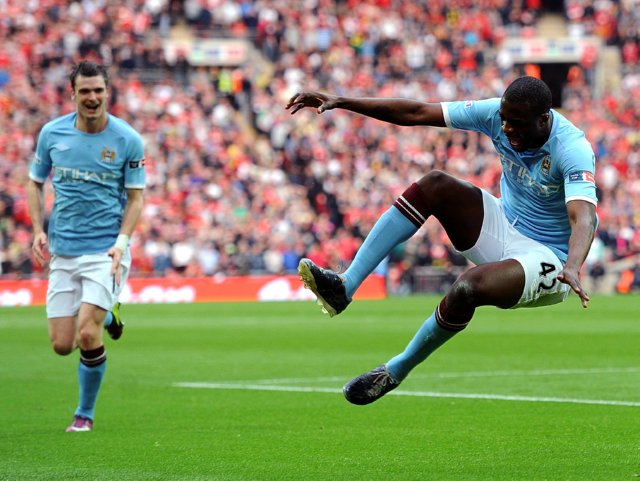 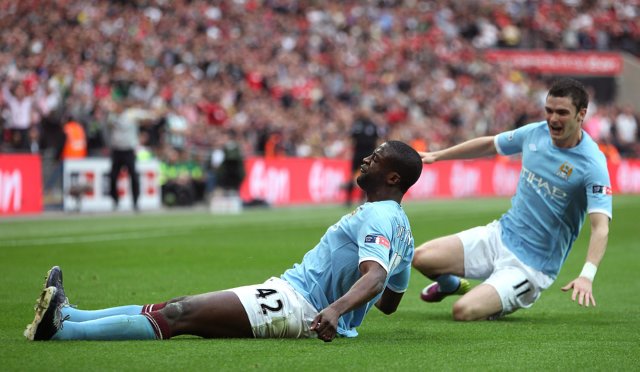 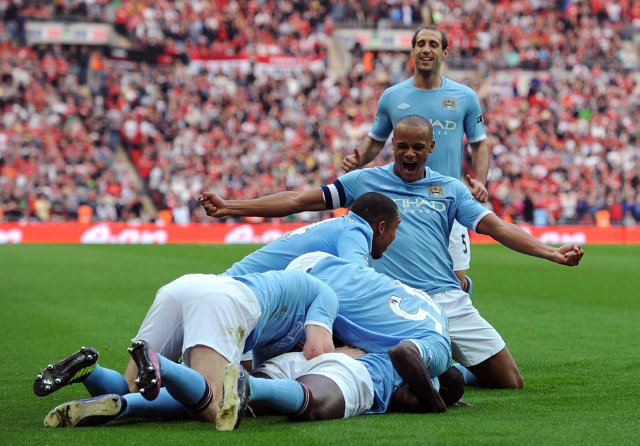 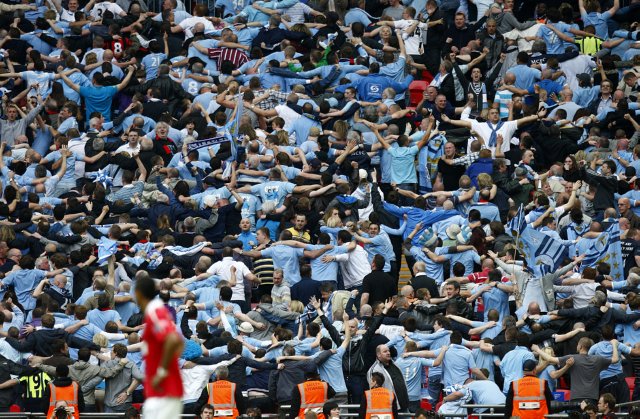 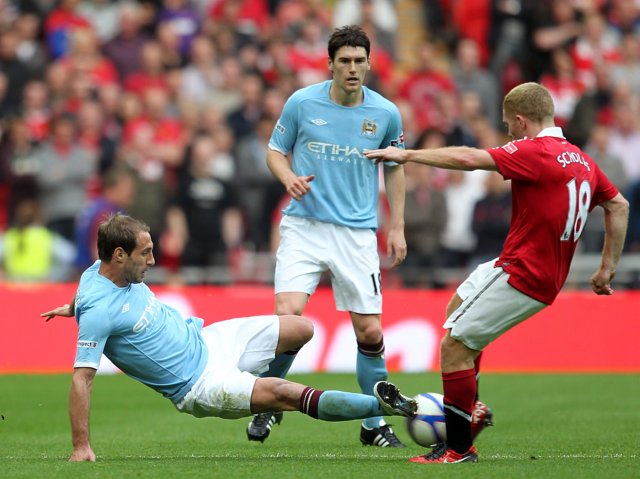 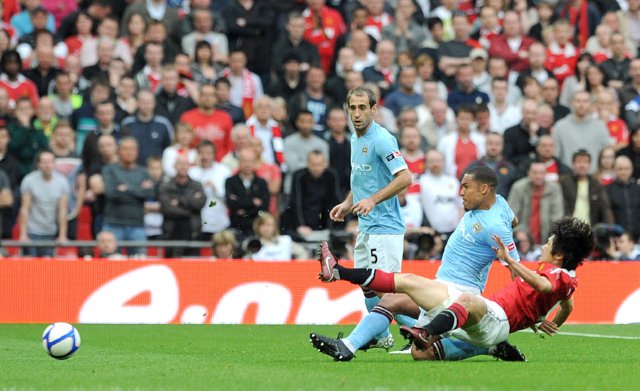 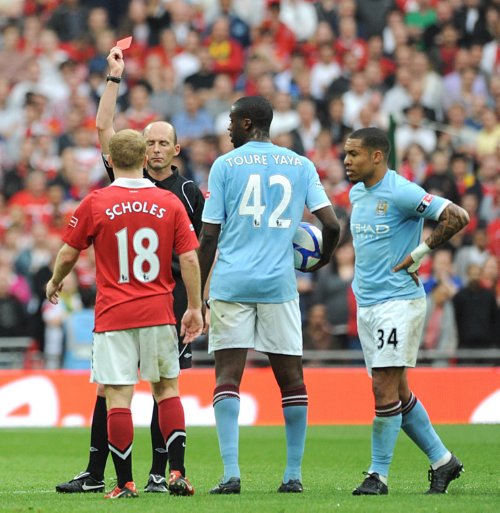 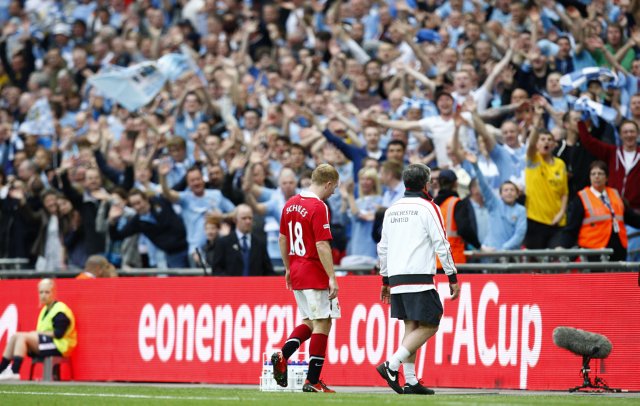 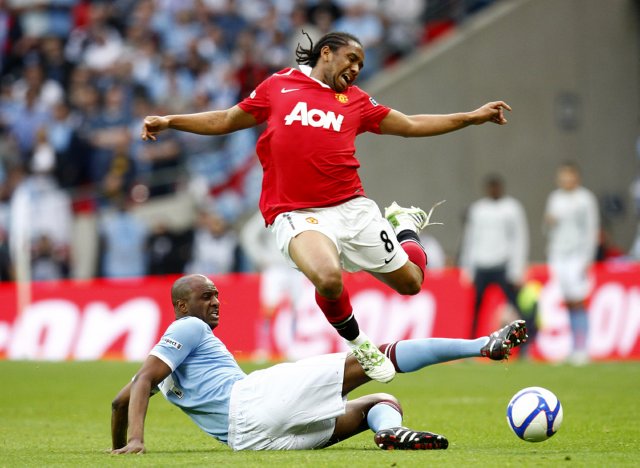 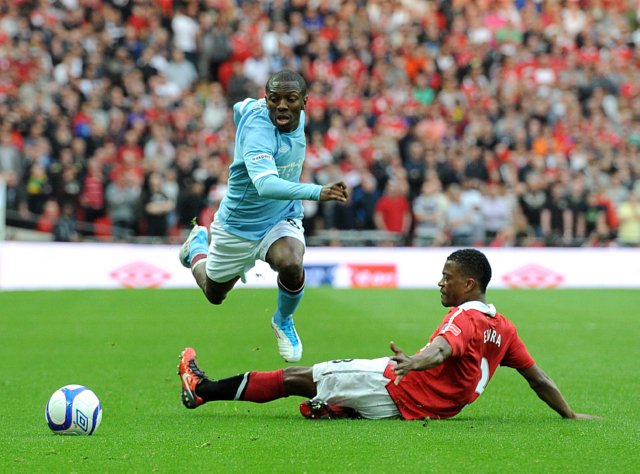 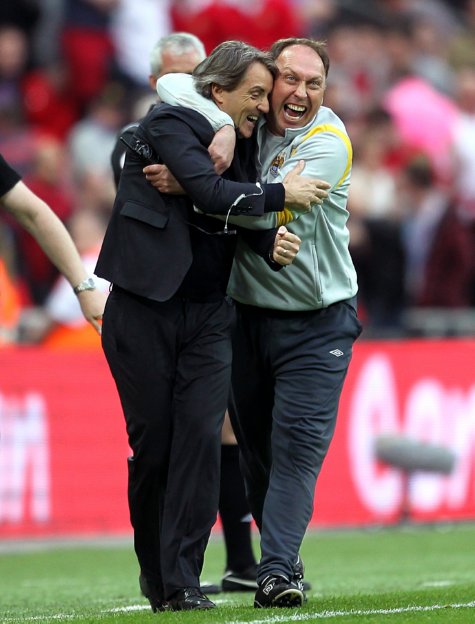 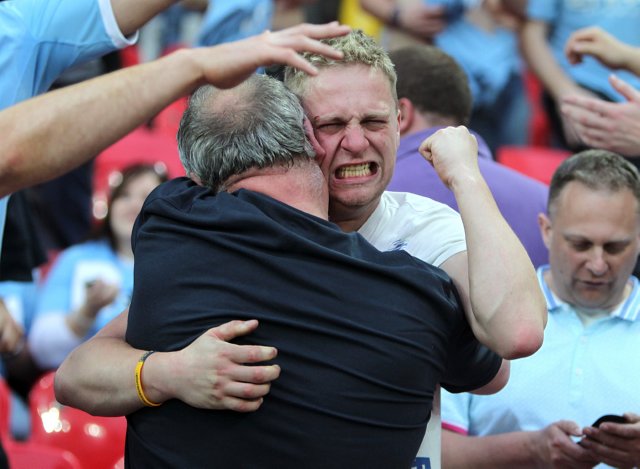 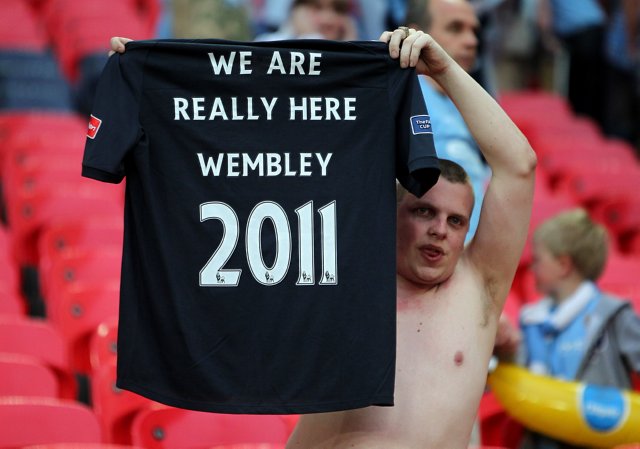 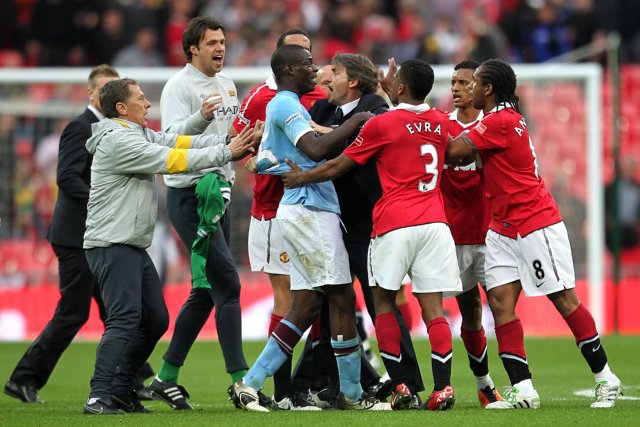 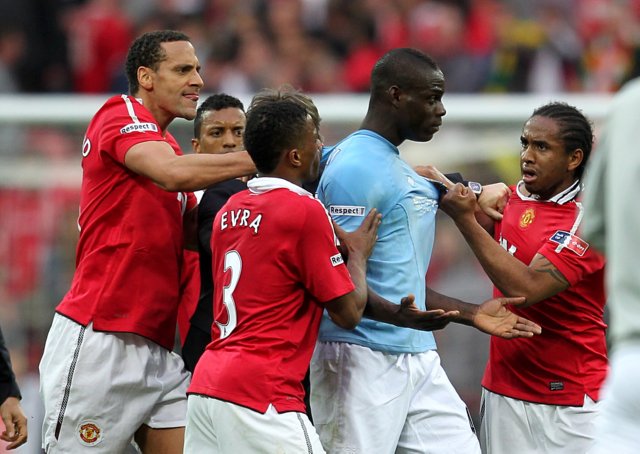 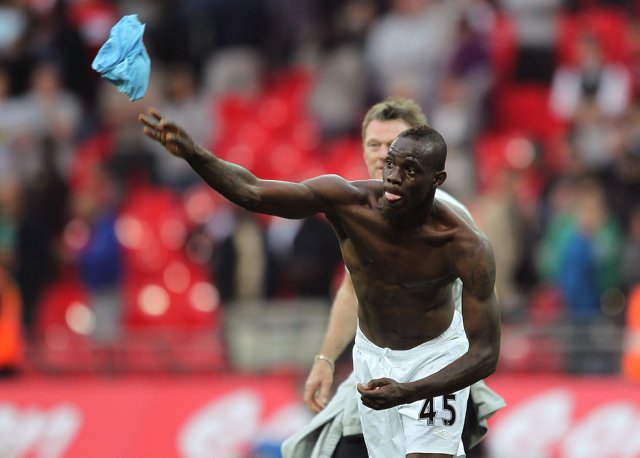 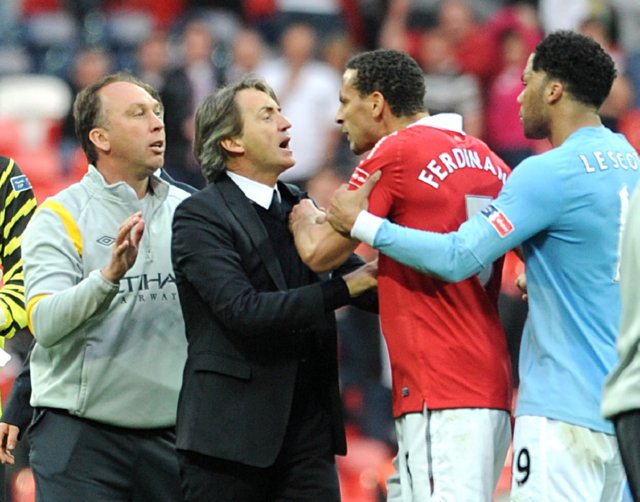 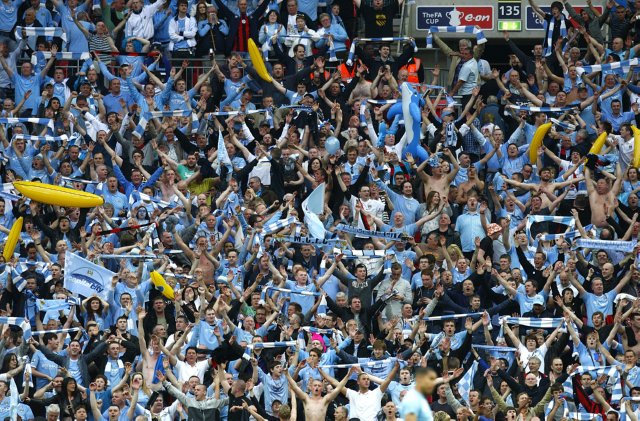 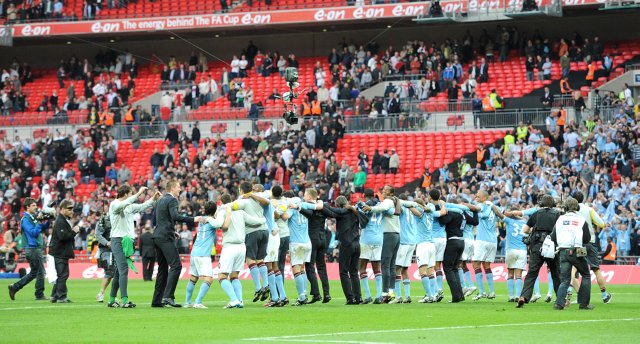 Fantastic game, and a brilliant cohesive display (both offensively and defensively speaking) from Roberto Mancini’s side.

So, here we are. United’s treble dreams have been packed away for at least another year and City must have a creeping optimism that – with a perfectly winnable final berth against Stoke or Bolton on the cards – they are suddenly within spitting distance of earning themselves the right to cram that damned ‘ticking clock’ banner which has been draped in the Stretford End for the last umpteen years down the gullets of those responsible.

Any thoughts on the day’s festivities Pies fans?