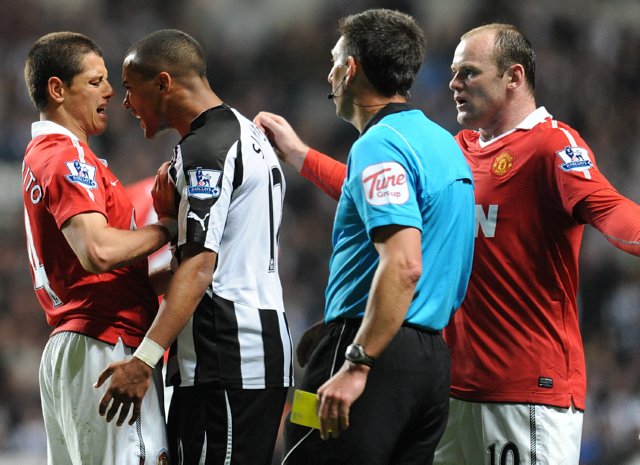 Newcastle successfully kept Manchester United at arm’s length last night with the game at St James’ Park eventually running out goalless – though it wasn’t without incident.

Several penalty claims were waved away, with Newcastle the first to see their protestations fall on deaf ears in the 59th minute when referee Lee Probert decided that Anderson’s blindside trip on Peter Lovenkrands wasn’t enough to warrant a spot kick.

United then had their chance to feel aggrieved when a fierce Wayne Rooney shot clattered off the leaping Cheik Tiote’s arm at close range before Javier Hernandez (or ‘Chicha-Cheato’ as the Daily Mail have seen fit to brand him this morning – he is a swarthy foreign fellow after all) shamefully sank to his haunches under the slightest duress as the game ticked over into the final minutes, only to receive a yellow card from Probert for his troubles.

Ryan Giggs wasted United’s best opportunity to fully extend their lead over Arsenal at the top of the Premier League – wafting a 69th-minute effort wide, while the shared point sees Newcastle climb back into the loving bosom of the top half of the table.

Post-game, Sir Alex rather ridiculously marked the decision to book Hernandez for blatantly diving as an ‘insult’, while Toon manager Alan Pardew saw fit to laud the officials for not kowtow-ing to the pressure, saying:

“My heart sank. Because of the history of United’s last-minute goals, the club they are and who their manager is, I thought the ref would give it. So you have to applaud him for the decision he made, it was the correct one.” 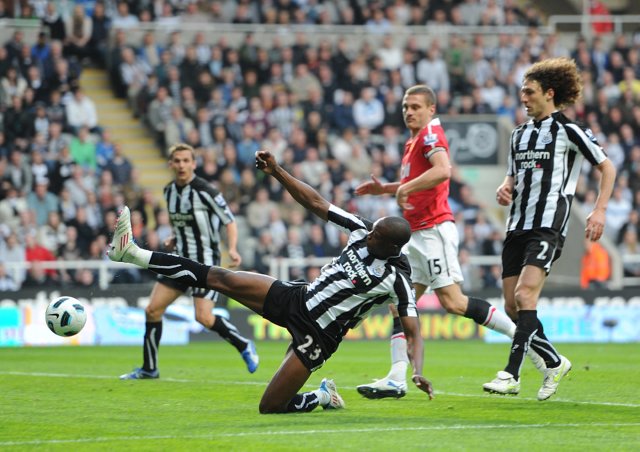 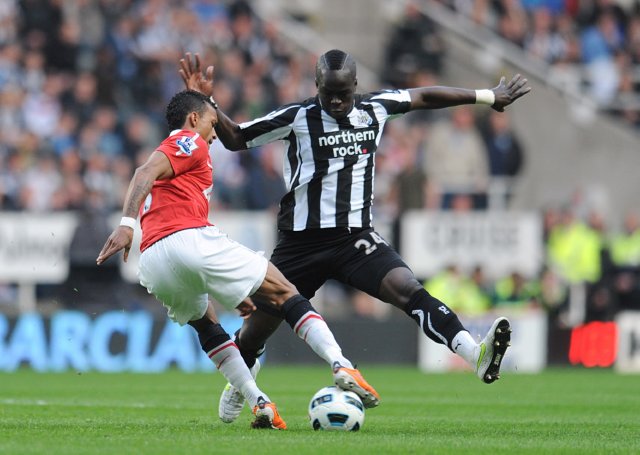 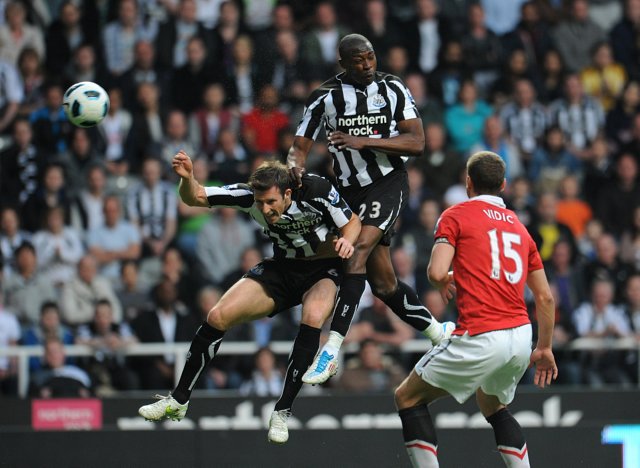 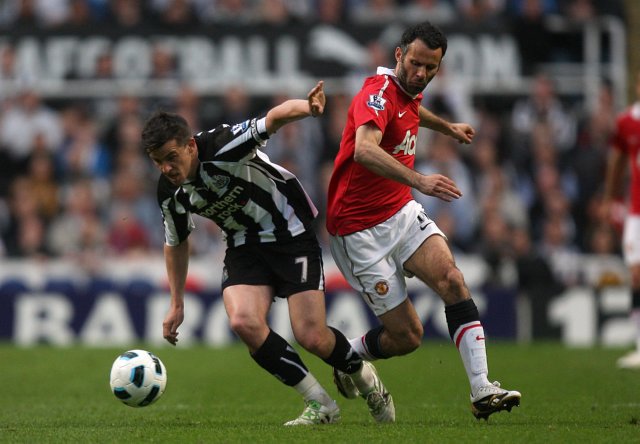 Joey Barton and Ryan Giggs tussle for the ball 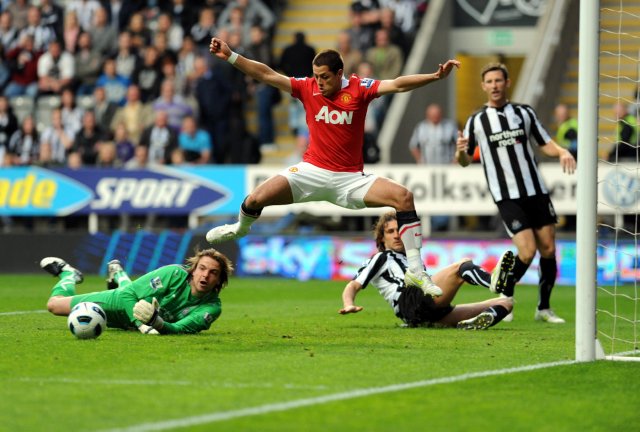 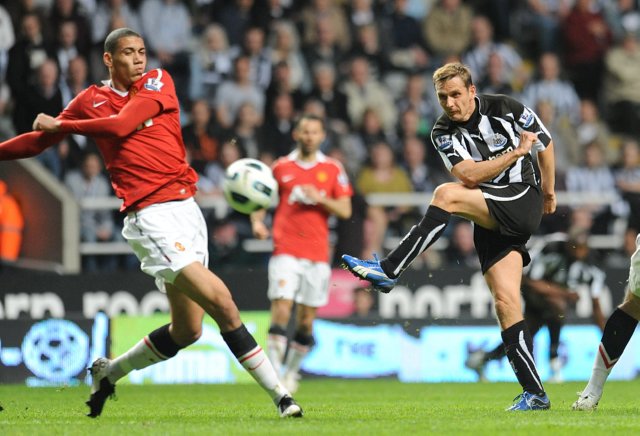 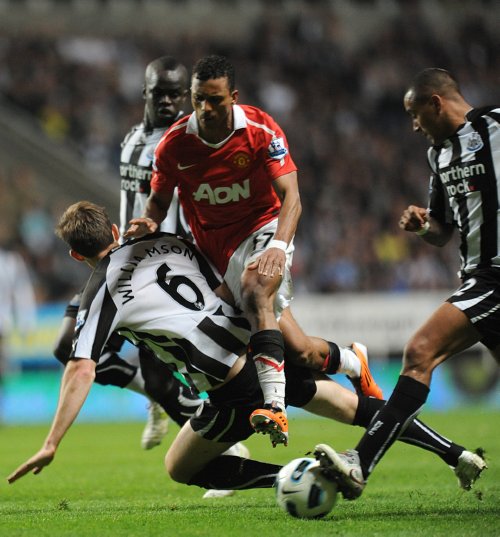 Nani tries to wriggle his way through the Newcastle backline 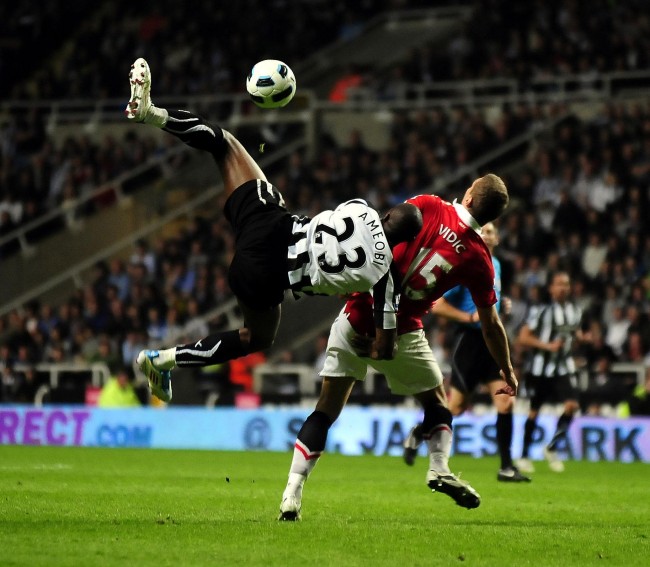 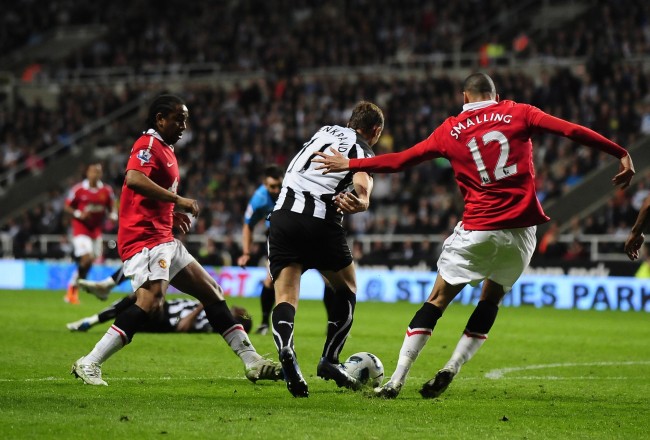 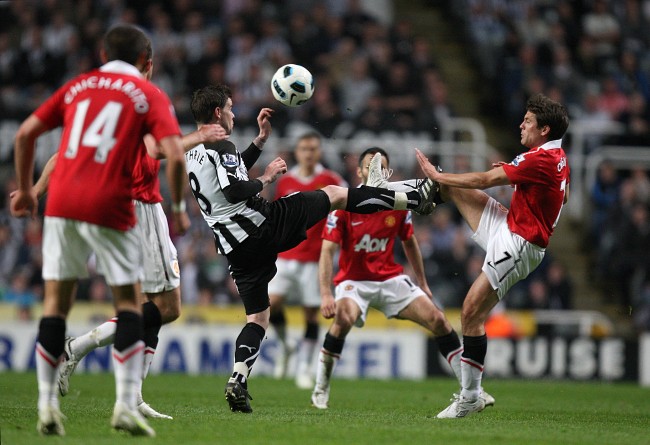 Danny Guthrie battles for the ball with Michael Owen, who was booed on his arrival 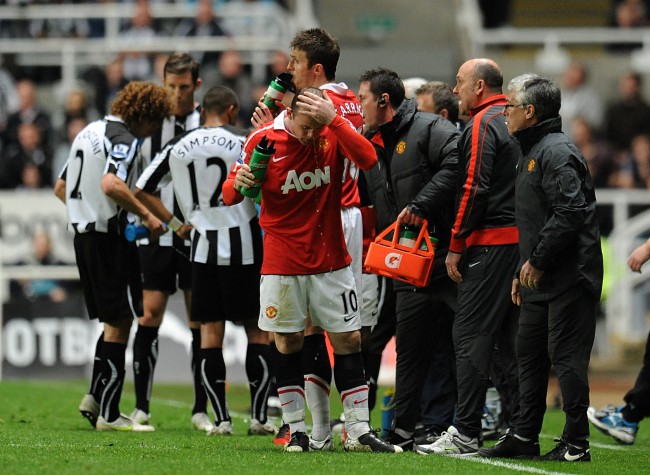 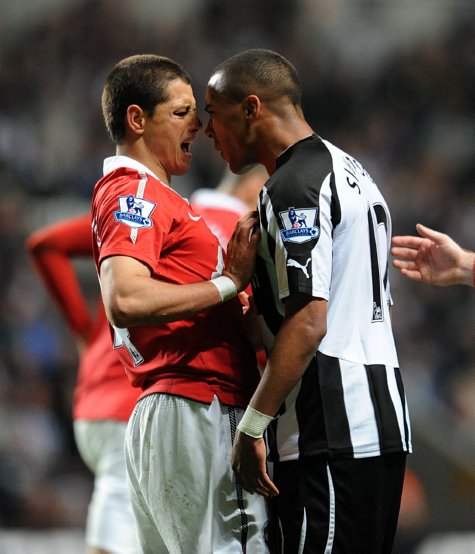 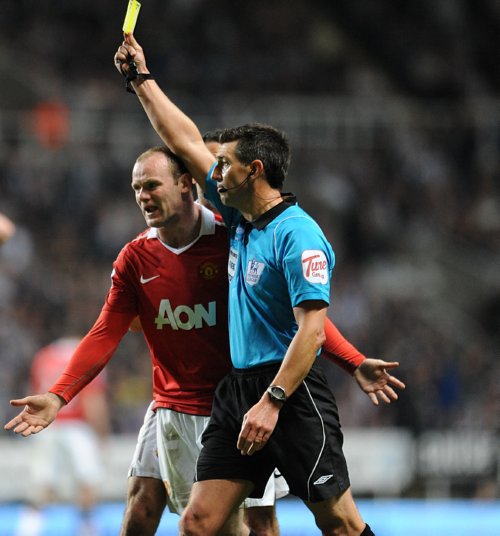 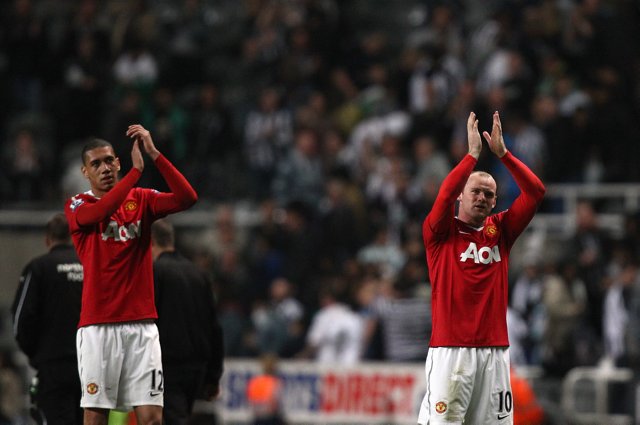