“See you next summer kiddo”

Watching last night’s Champions League semi-final in Gelsenkirchen raised but one questions to my mind: How in blue blazes have this Schalke side made it through to the last four – laying waste to the reigning champs en route?

Excuse my French, but they were piffle. Much has since been made of Manuel Neuer’s stirring performance, and quite rightly so, but the Schalke stopper was forced into last-ditch action far too many times by the shonky defence deployed in front of him – if they play that poorly at Old Trafford then I’d wager that we can probably expect a mauling.

United dominated the almost completely one-sided semi, emerging victorious by way of two uncontested goals from Ryan Giggs and Wayne Rooney but, in truth, could and perhaps should have won by a landslide – with lapse/unlucky finishing and an excellent, eye-catching outing from zeitgeisty ‘keeper Neuer (how Fergie would love to recruit him this summer) proving to be all that kept the away goal tally in check.

Any thoughts on the game peeps? 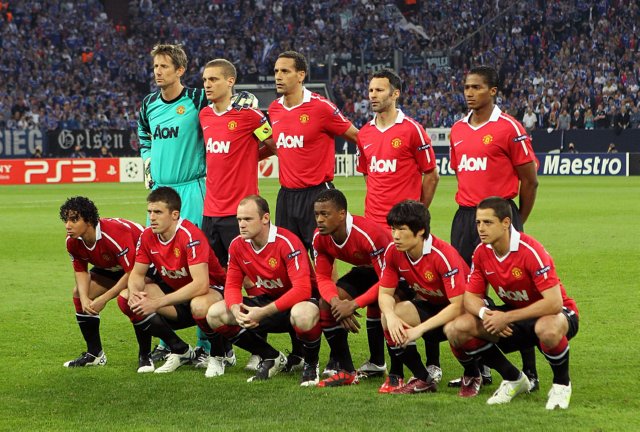 Manchester United line up for a team photo before kick-off 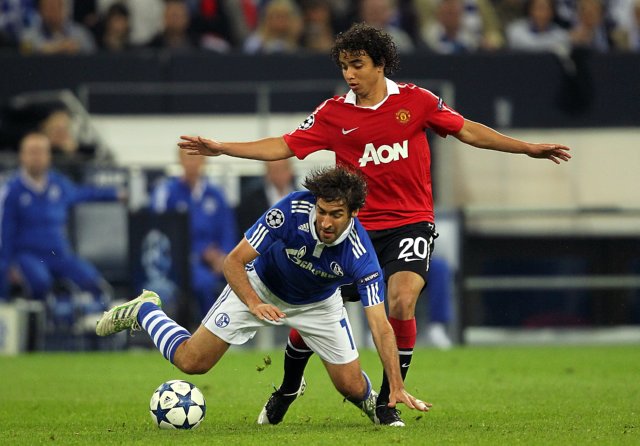 Raul hits the deck under pressure from Fabio 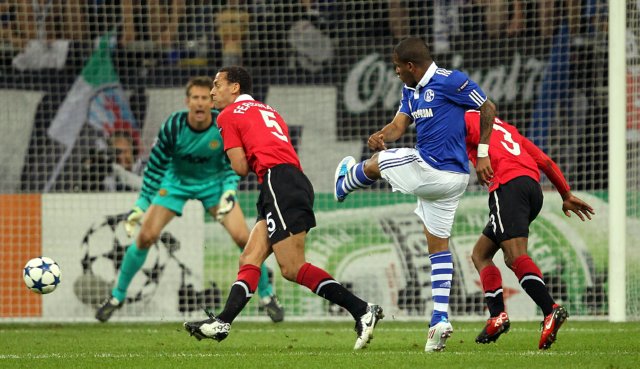 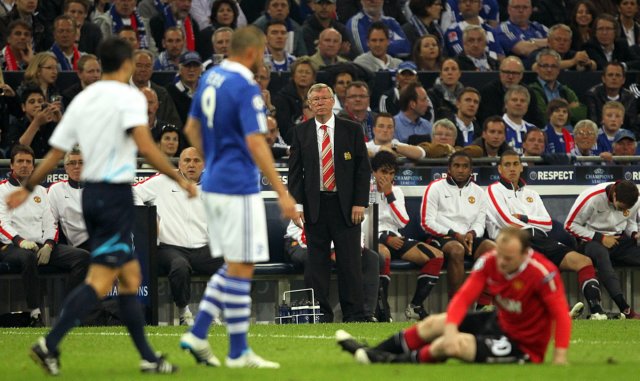 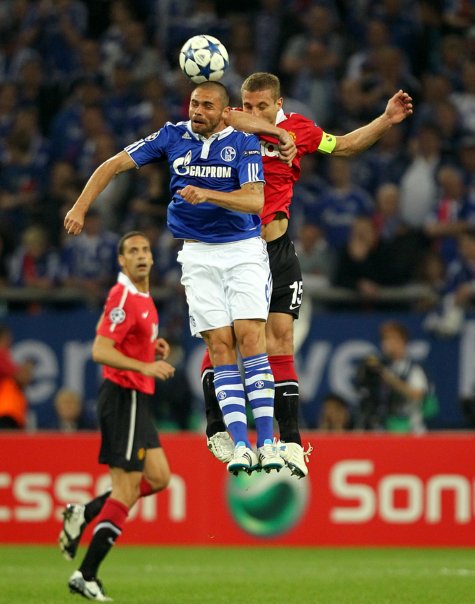 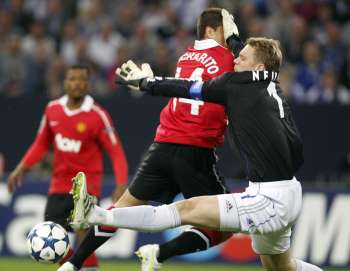 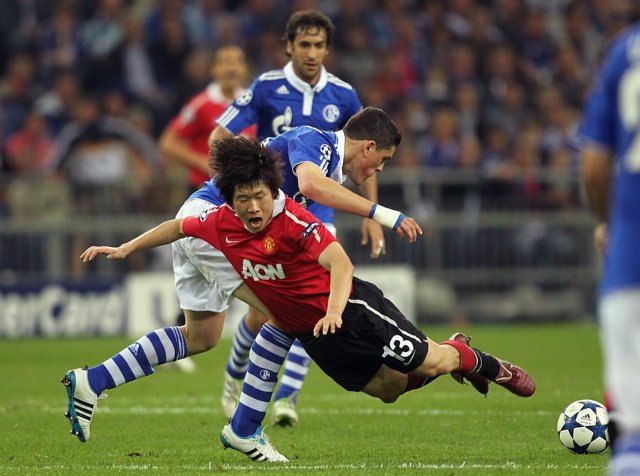 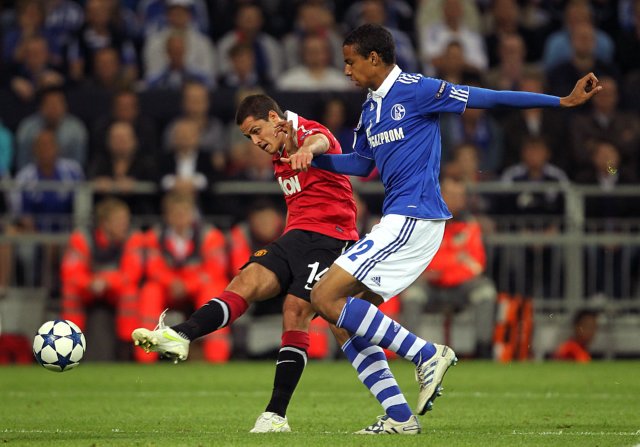 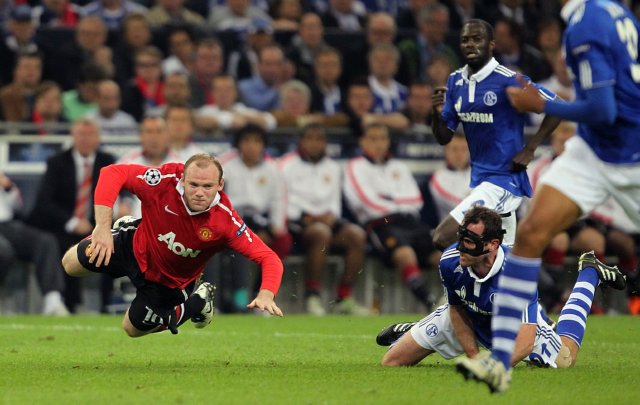 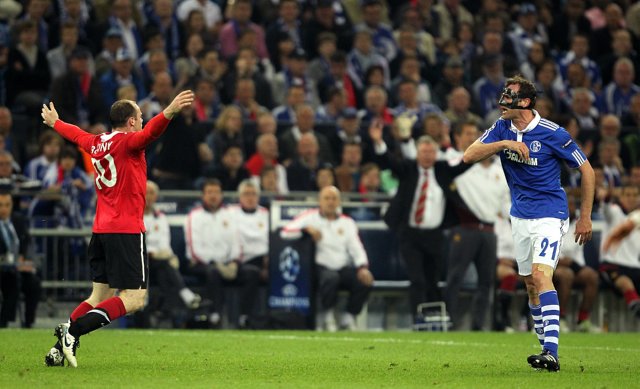 …then lets the German centre-back know all about it 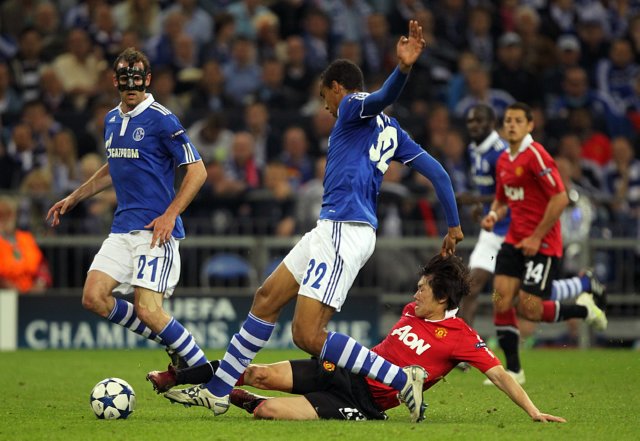 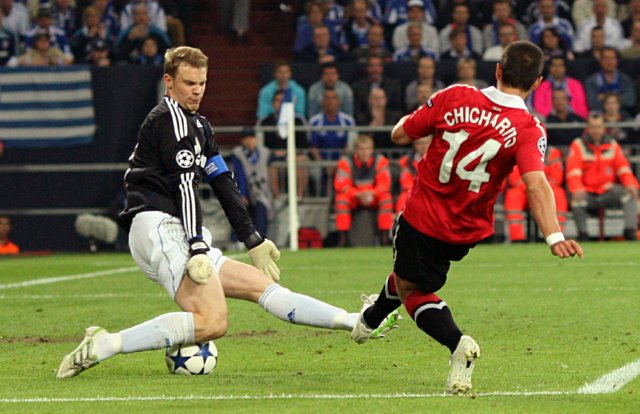 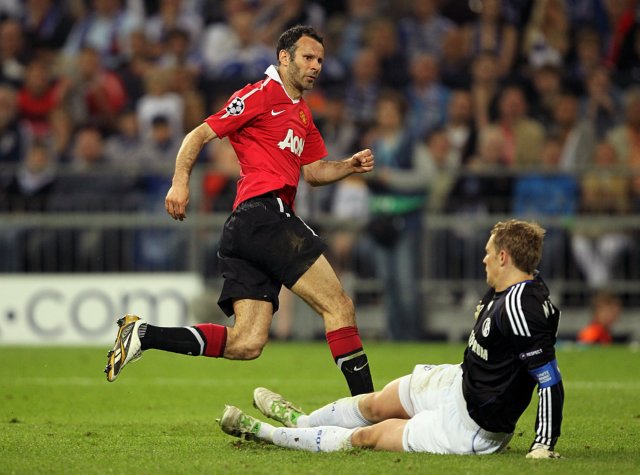 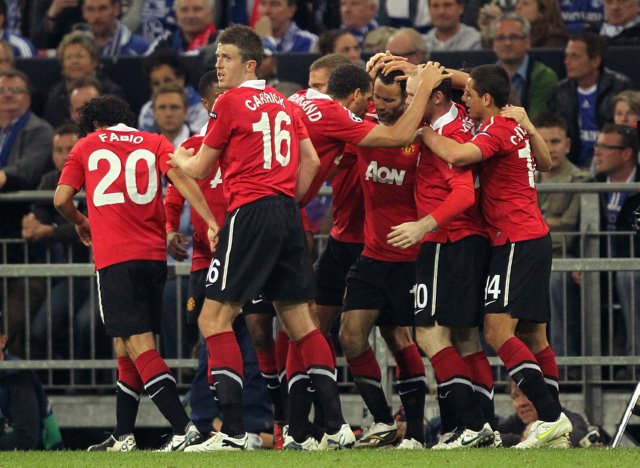 …only to be mobbed by his teammates 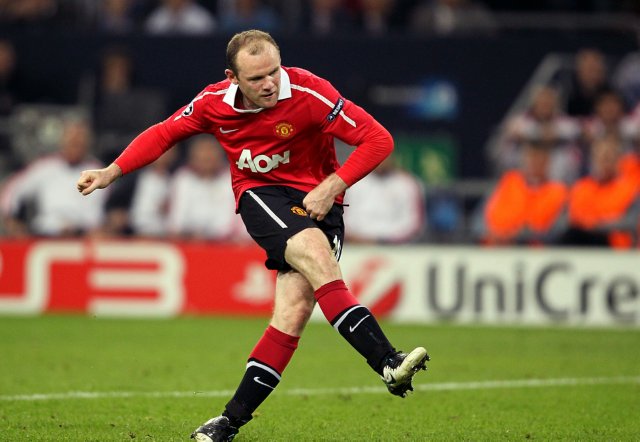 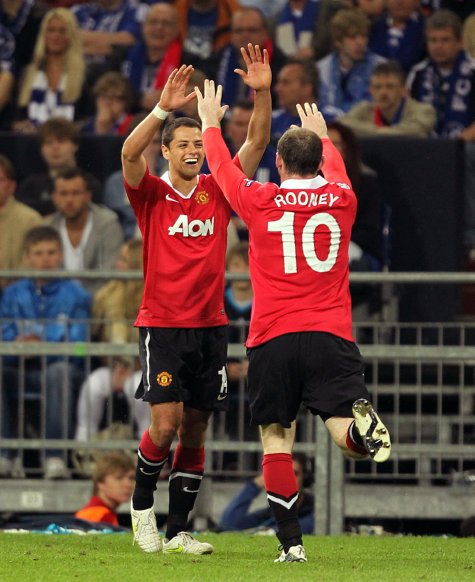 …and runs to celebrate with Javier Hernandez 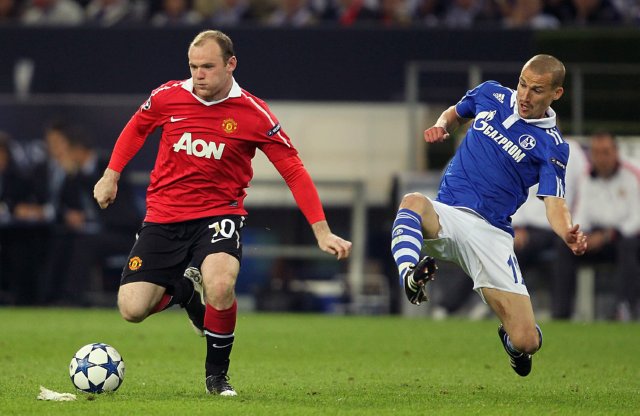 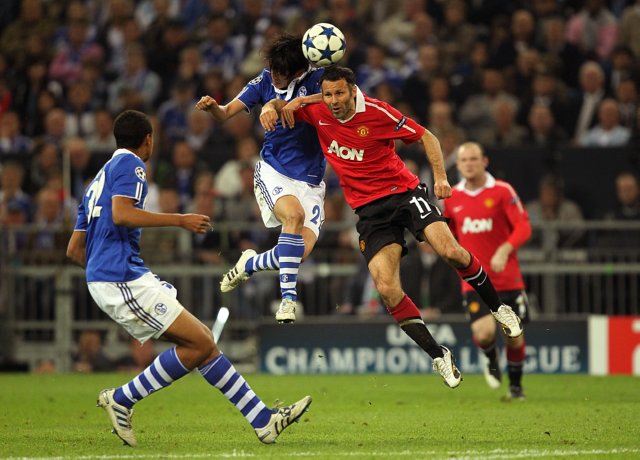 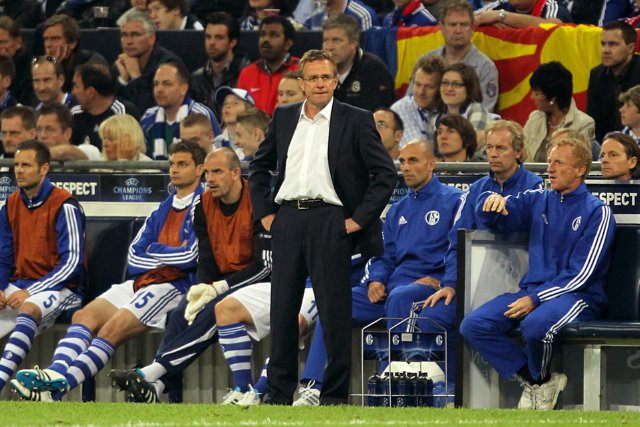 Schalke coach Ralf Rangnick looks on from the sidelines 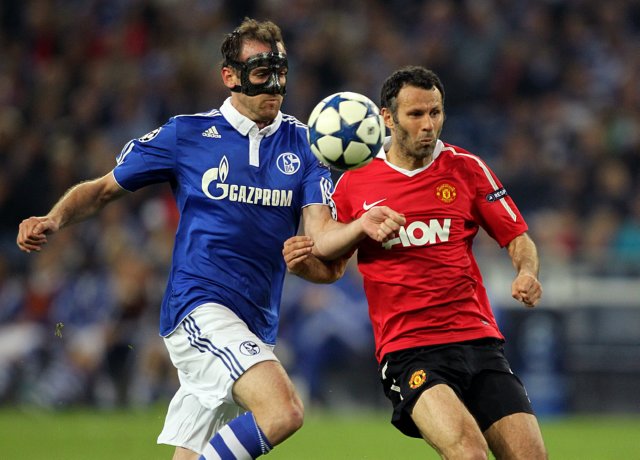 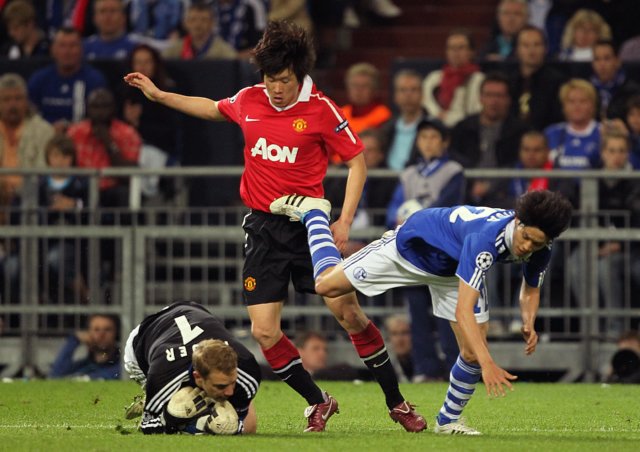 Manuel Neuer saves at the feet of Ji-Sung Park 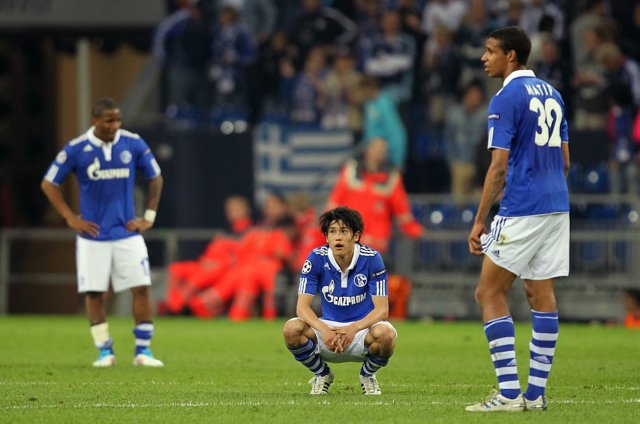 Dejected Schalke players sink to their haunches at the final whistle 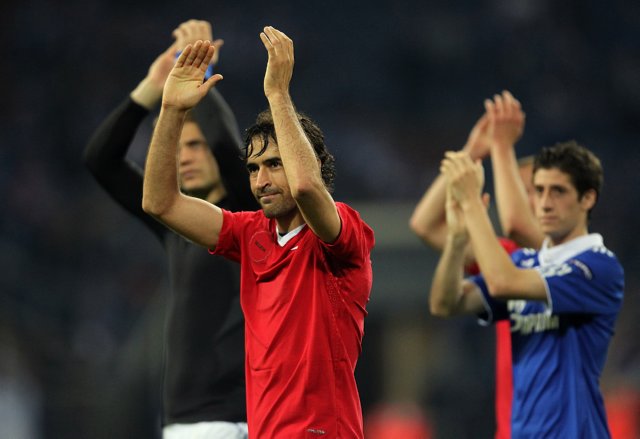