A few snaps from Manchester United’s open training session this morning, ahead of their Champions League semi-final second leg against Schalke at Old Trafford tomorrow eve… 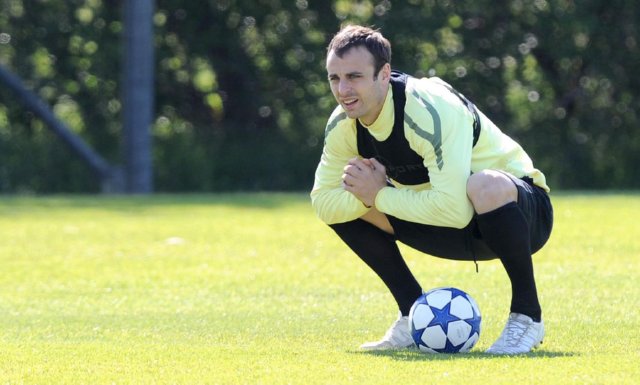 Fresh from his Godfather audition tape, Dimi Berbatov eyes up a role in the new West End production of Chicken Run 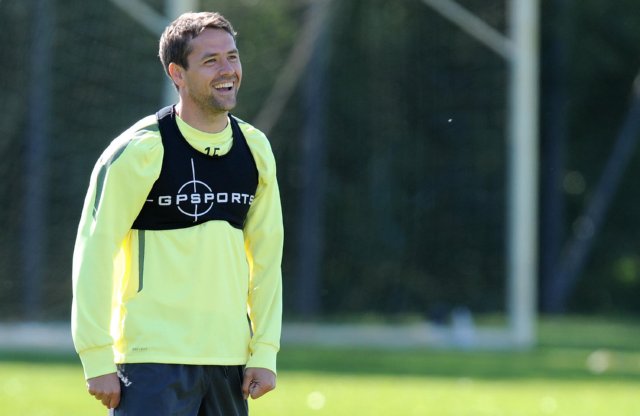 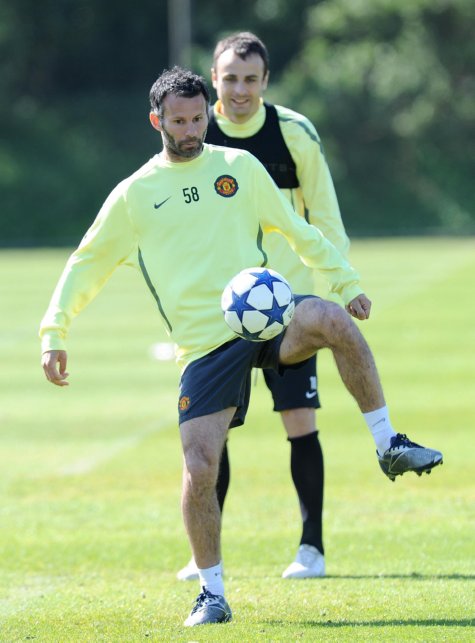 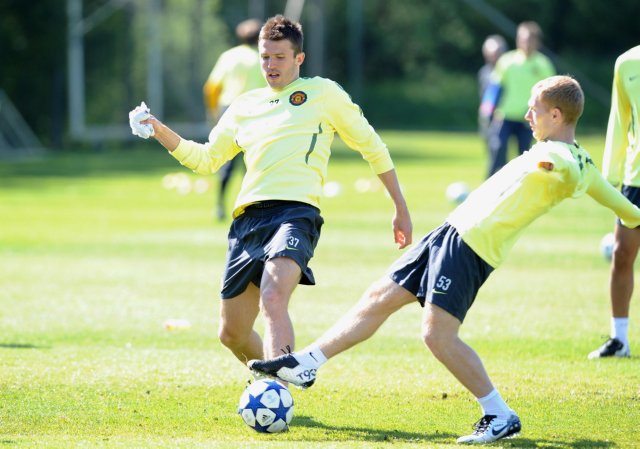 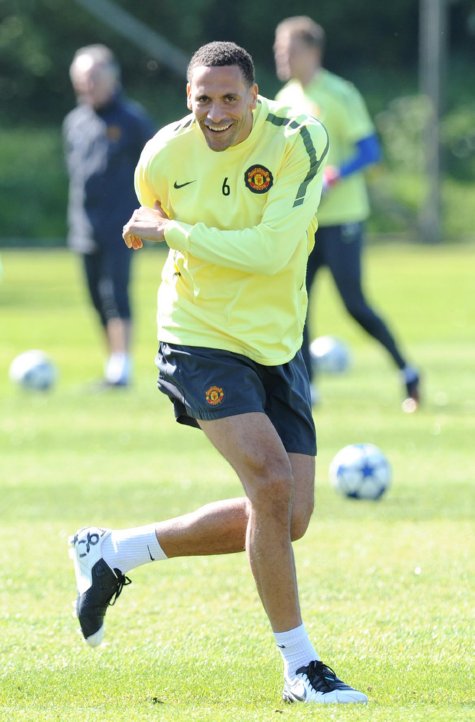 Gormless, thy name is Rio Ferdinand 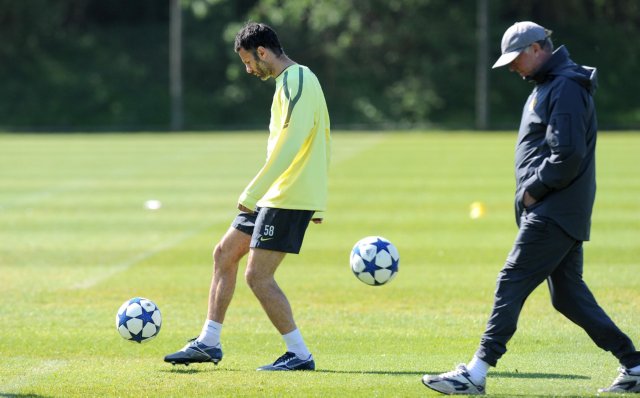 Old man Giggs shows the whipper-snappers a thing or two 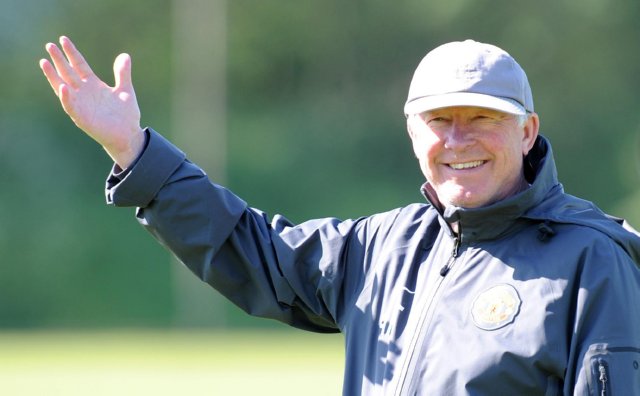 “I say, what lovely weather we’re having!”