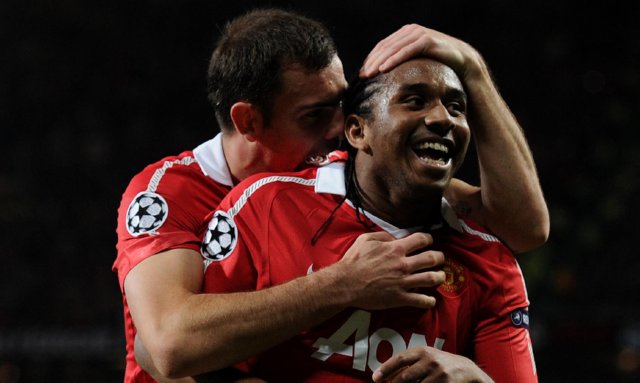 The secret’s out, the jib’s up. Inter Milan’s quarter-final side was obviously just a hotch-potch of ringers. Ringers bought in on day release from the local hospice for the elderly and infirm.

If not, then pray tell – how else did Schalke manage to destroy the reigning champions by a 7-2 margin over two legs? No doubt about it, they’re a decent enough side, but ‘latter stages of the Champions League’ quality? No way Jose.

United’s ‘B’ string barely had to break sweat last night (Christ, even Anderson managed to bag himself a brace!) to stave off their opponents and still put four past the lower-than-mid-ranking Bundesliga side, thus landing themselves with a yawning 6-1 aggregate victory.

Once again, Schalke didn’t do themselves justice – playing, ironically enough, like a side ranked 10th in the Bundesliga throughout, despite Manuel Jurado bagging the goal of the night, salvaging a smidgen of pride with a superbly struck consolation.

That said, United’s next game promises to be a little tougher; Barcelona, Wembley, May 28th. 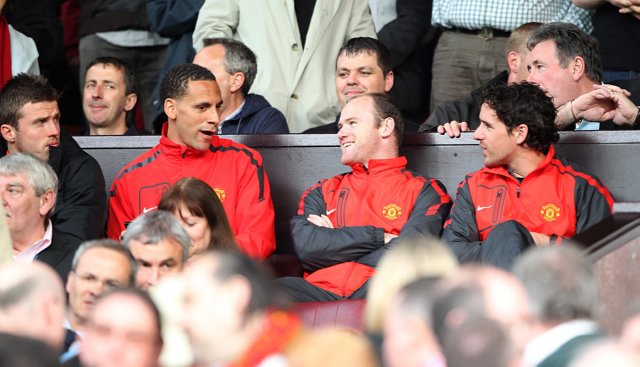 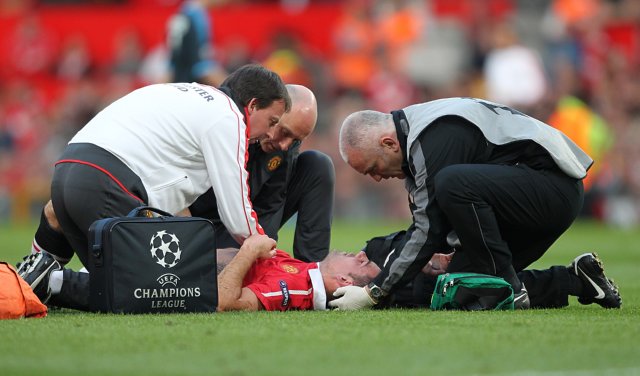 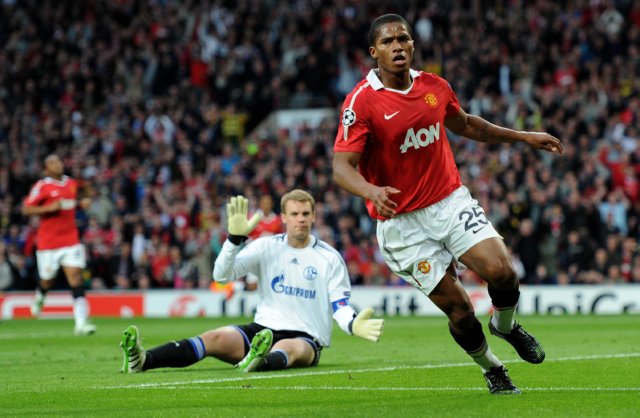 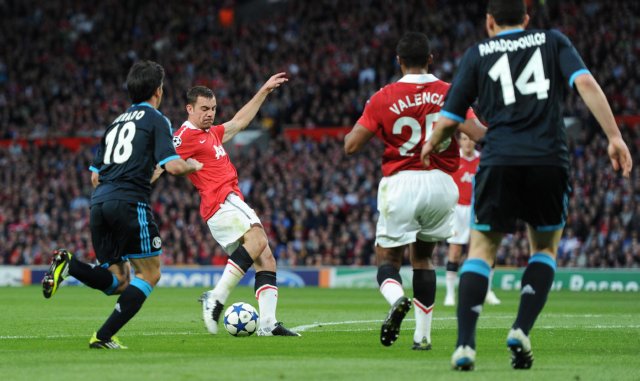 Darron Gibson puts United two up, with Manuel Neuer dropping a bollock in his attempts to divert the Northern Irishman’s fierce shot 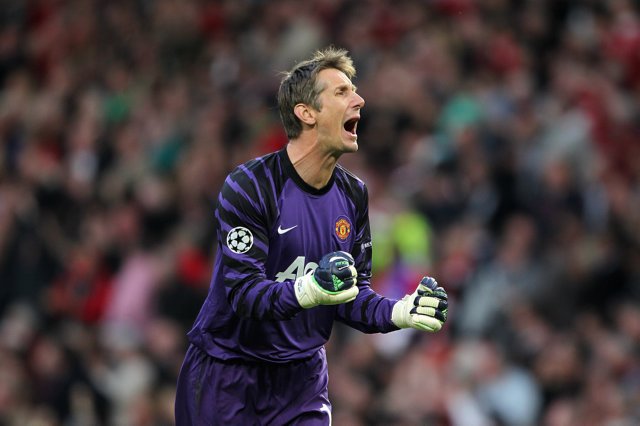 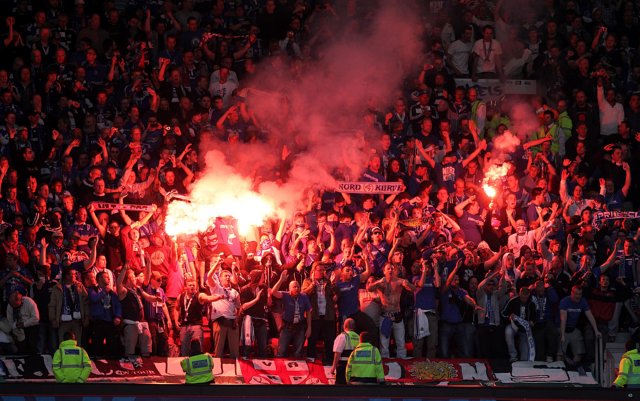 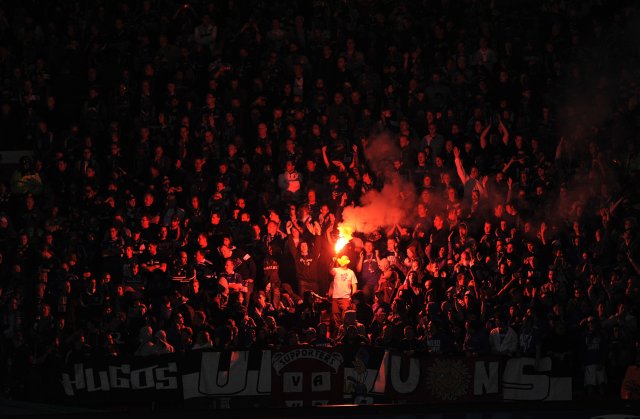 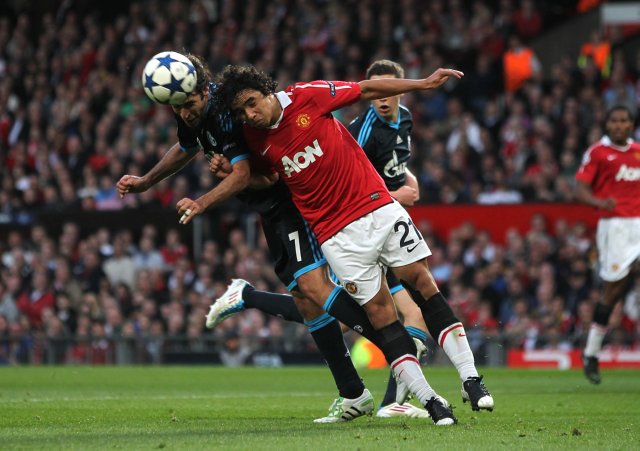 Rafael and Raul battle for an aerial ball 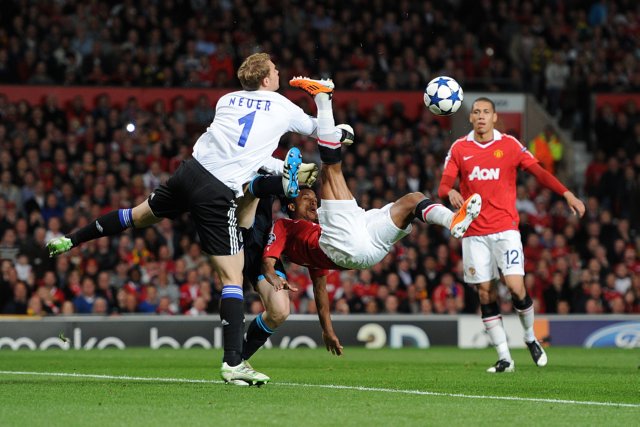 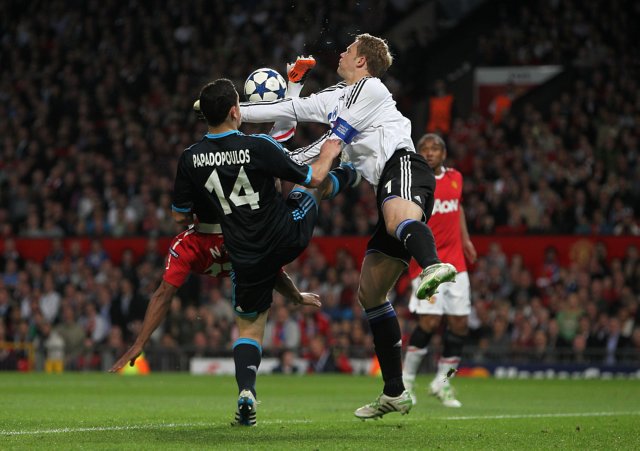 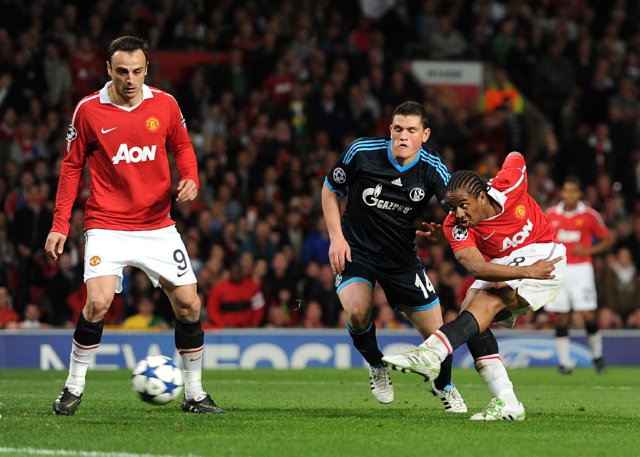 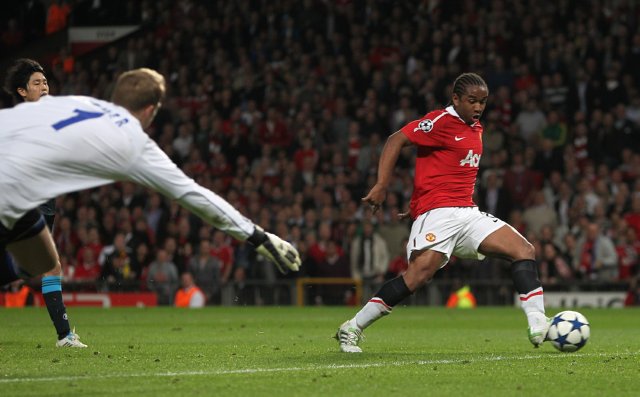 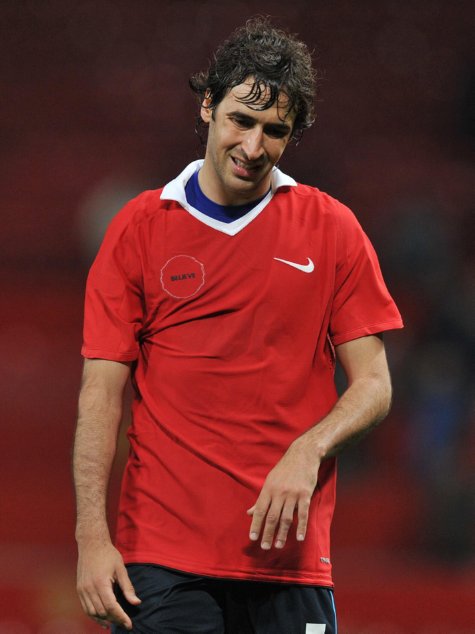 Raul trudges from the field after the final whistle… 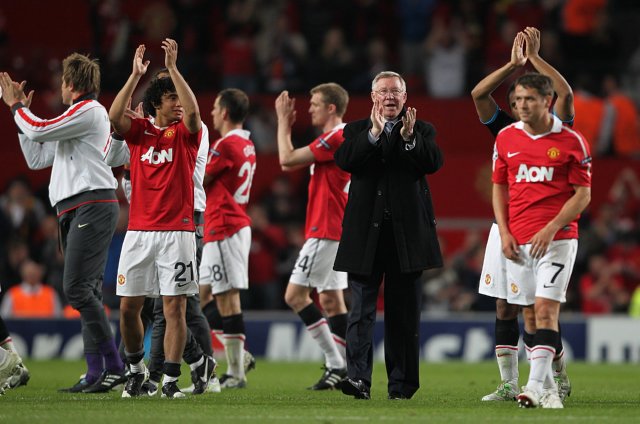 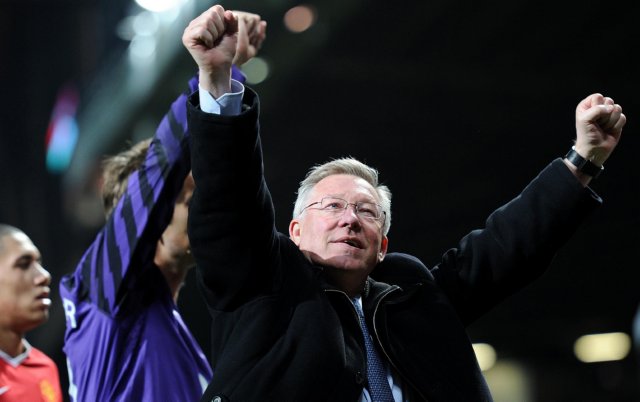