That’s it man, game over…game over. After comfortably seeing off Chelsea at Old Trafford yesterday afternoon, Manchester United now need one more point to seal their record 19th league title and, with Blackburn next up on Saturday, it looks like the trophy engravers can probably afford to give themselves a few day’s headstart.

To paraphrase Sir Alex, it’s pretty hard to envisage United ‘mucking it up’ from here.

As for yesterday, United went one up after only 36 seconds – Javier Hernandez capitalising on David Luiz’s haphazard positioning to roll his 20th goal of the season home (in fact, Chicharito is the first United player to score 20 goals in his debut season since Ruud van Nistelrooy – how about that?), before Nemanja Vidic effectively sealed the deal, powering a header past Petr Cech just 23 minutes later. For posterity’s sake, ’twas Frank Lampard that pulled one back for the Blues. 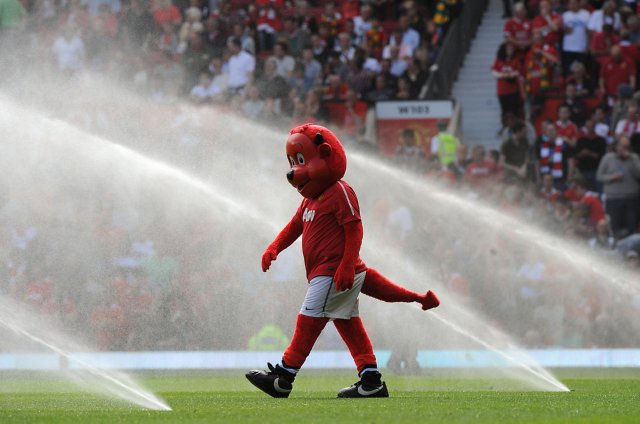 Fred the Red takes a pre-game stroll through the sprinklers 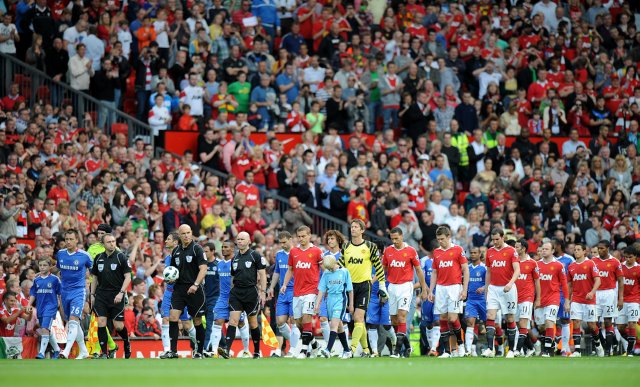 The two sides emerge from the tunnel 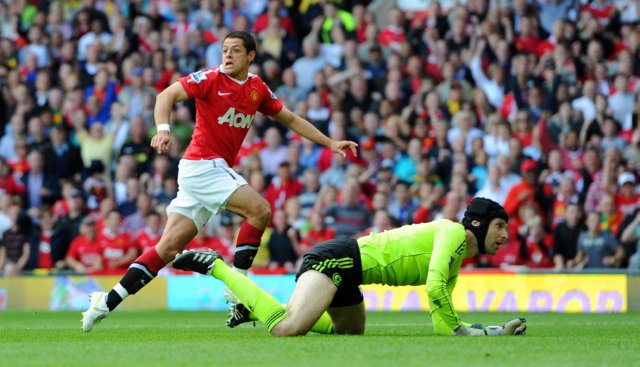 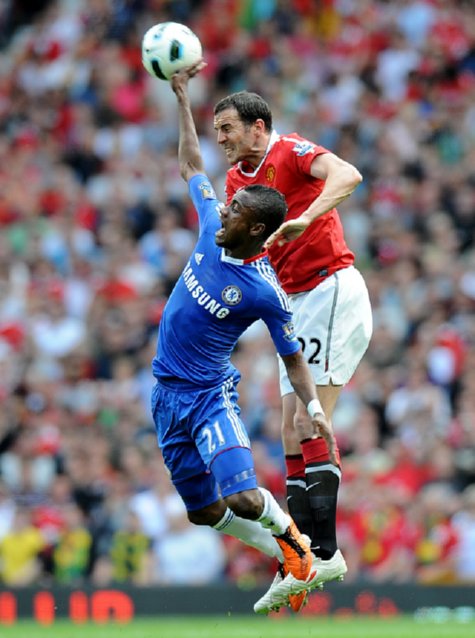 Salomon Kalou and John O’Shea compete for an aerial ball 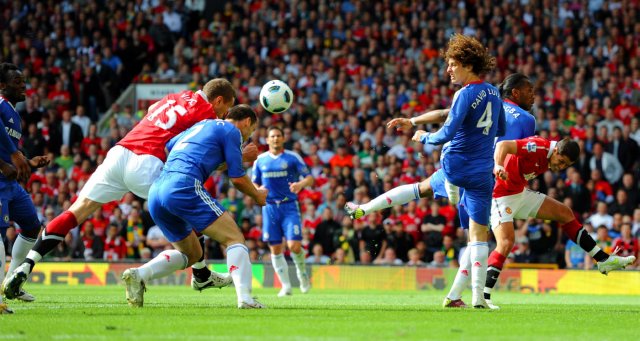 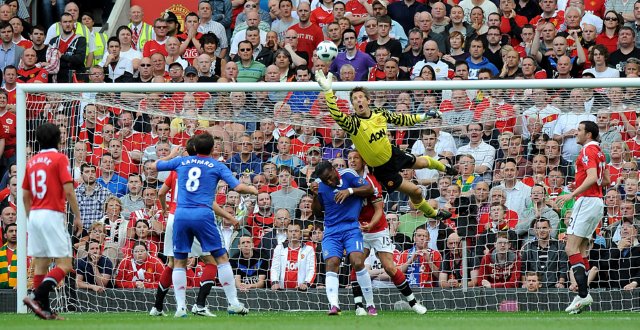 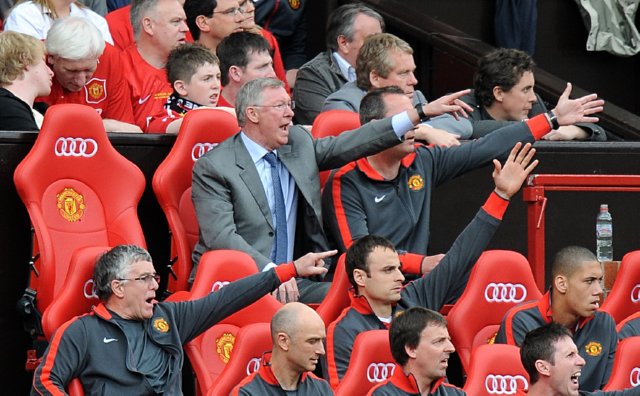 The United bench react in unison 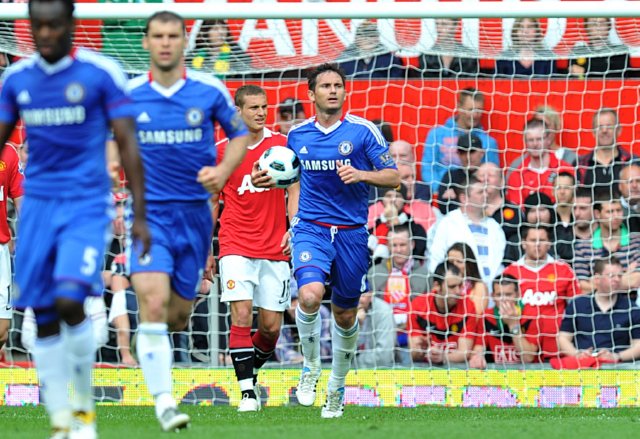 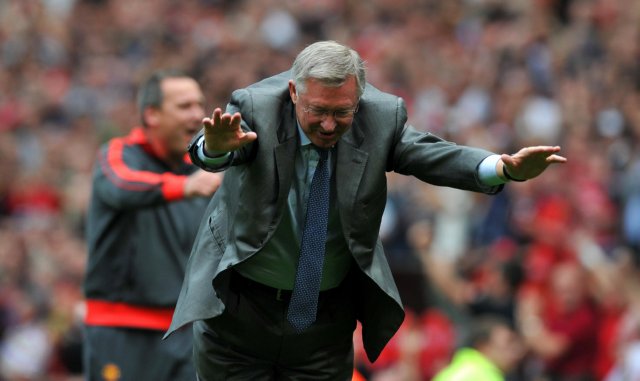 Sir Alex Ferguson bows to the home support after the final whistle.