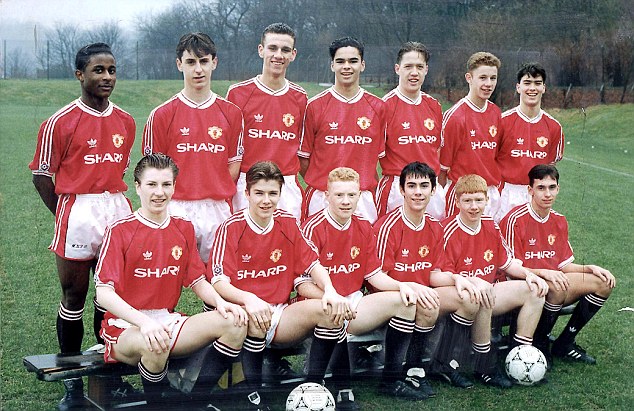 After a few days of umming and ahhing, LA Galaxy have confirmed that David Beckham will be allowed to play in former Manchester United cohort Gary Neville’s upcoming testimonial next week – thus completing the ‘Class of ’92’ set.

As of this afternoon, Beckham, the Neville brothers, Nicky Butt, Paul Scholes and Ryan Giggs have all been pencilled in (no Robbie Savage?) to play at the charity game at Old Trafford on Tuesday – with Sir Alex Ferguson positively beaming over the prospect of the imminent reunion:

“With David Beckham coming, along with Nicky Butt, Phil Neville, Scholes and Giggs, it will be a fantastic occasion. It is great to reunite these players together.

“There is no question they created a magnificent spirit in the place when they first arrived in the team. It helps us too because Gary’s service to the club deserves a good representation from Manchester United.

“He has been a fantastic servant and I hope he gets the crowd he deserves.”

Becks back in United red? Should make for some interesting photos come Wednesday morning.

It may also interest you to know that all the electricity used during the testimonial is going to be offset by 52 ‘Ecotricity’ wind turbines across the length and breadth of the country – such is Comrade Neville’s dedication to the eco-cause these days.