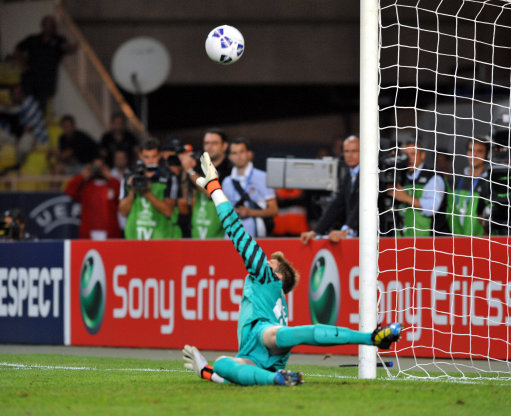 According to several sources in Spain, notably AS, it looks like Manchester United are within days of wrapping up a deal for 20-year-old Atletico Madrid ‘keeper (and part-time Norwegian rapper) David De Gea as a replacement for their outbound No.1, Edwin van der Sar.

According to the Madrid-based rag, the €21 million (£18.3 million) deal is now imminent and is due to be completed and officially announced next Monday, two days after the Champions League final at Wembley.

Strangely enough, one of United’s other purported goalkeeping targets, Ajax’s Maarten Stekelenburg, is now being mooted as a potential replacement for De Gea should he up-sticks and leave Atletico.

As ever, we’ll keep you posted.