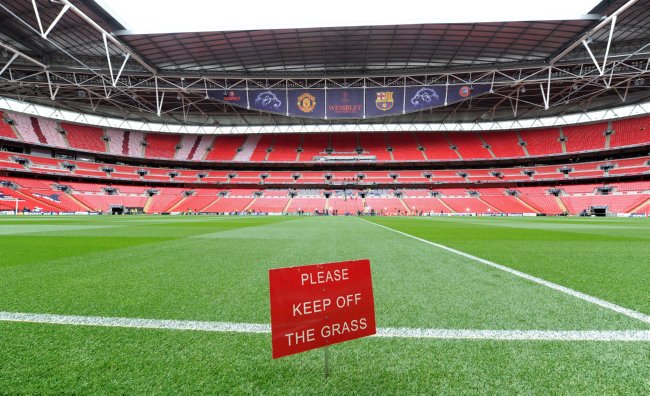 Right then folks, with just 111,911 seconds left until the UEFA Champions League final kicks-off at Wembley tomorrow evening – the time has come to nail your colours to the mast.

Whether United play 4-4-2, 4-3-3 with Valencia pushed alongside Rooney and Chicharito or the experimental 1-9-1 formation they’ve been secretly working on in training all week, you just have to fancy Barca, don’t you?

They may well have hemorrhaged a few long-time admirers with their endless, tedious triangles and nefarious antics over the past few months, but you can’t help but feel, as Gary Lineker put it so succinctly yesterday, that the final may well be theirs to lose this time around,

That said, the Catalans are also looking scrappier than they’ve done for a while of late – though, to be fair, that’s not really that scrappy, relatively speaking.

Barca are almost undoubtedly the better side sur le papier but, lest we forget, United will be buoyed by their recent title win and also have one of the wiliest old heads in the game at their disposal – and you just can’t rule out the possibility of Sir Alex getting his tactics absolutely spot on when final night rolls around.

How’s that for an omen?

Fingers crossed, it should be a belter.

United to admirably battle, stifle and harry their way to a narrow defeat…