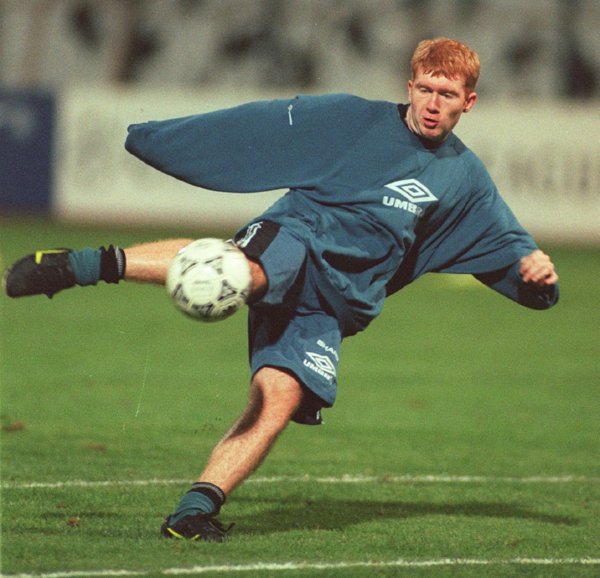 All things must pass – an apt epitaph for the career of a man who used the ball like Paul Scholes did in his pomp, a midfield hub that could ping a zephyr-like pass across the width of a crowded football pitch and land it on a pound coin 99 times out of 100.

All known laws of the universe state that he should never have been able to make it as a professional sportsman in any capacity – what with his squinty short-sightedness and his oft-chronic asthma – though, by way of his immaculate footballing talent, Scholes systematically mangled the principles that govern our very cosmos like they were little more than Pablo Zabaleta’s right thigh.

Of course he couldn’t tackle for toffee, and became more and more of a dangerous liability the pinker his face became during a game (the ‘furrowed brow-to-impending doom ratio’, as it duly became known), but the stellar endorsements of his almost peerless creative craft are myriad and speak volumes on behalf of a man who rarely says a word.

Along with the five Barcelona players that queued up to swap shirts with him after the Champions League final on Saturday evening, fellow luminaries such as Zinedine Zidane, Edgar Davids, Xavi, Laurent Blanc, Pavel Nedved, Jose Mourinho, Bobby Charlton, Juan Sebastien Veron, Thierry Henry and Robbie Savage (this list goes on and on) have all lined up to champion the ginger runts’ mercurial talents at one point or another, and for good reason – put simply, Scholes is/was the finest English artisan midfielder of his, and probably several other generations.

The tip of the iceberg…