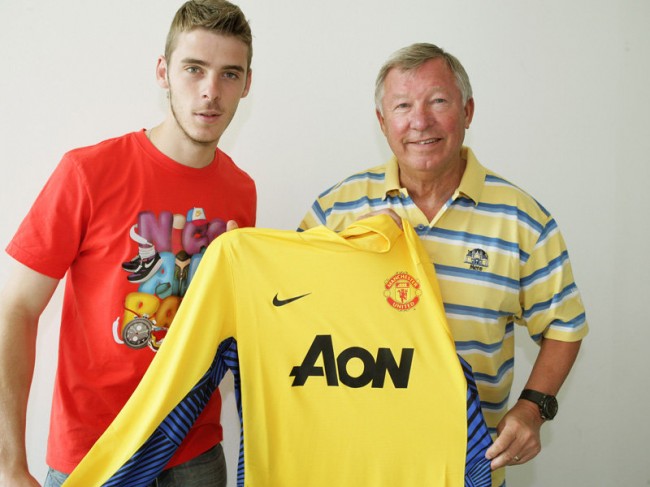 It’s official people – Manchester United have a new No. 1.

Four days after being crowned European U21 Champions with Spain, David De Gea has signed a five-year deal at United – moving to Old Trafford from Atletico Madrid for somewhere around £17 million, a fee which pushes Sir Alex’s summer spending beyond the £50 million mark.

“I feel very proud and I can’t wait to start playing here. When a club the size of Manchester United comes in for you it obviously makes you very, very happy.

“I saw their interest as an extra motivation to work even harder to show off my ability.

“It’s a great privilege to be part of a club like United and I’m keen to do my best and show what I can do.”

What say you United fans? Is De Gea the man you’re willing place your faith in to successfully replace VDS betwixt the sticks?