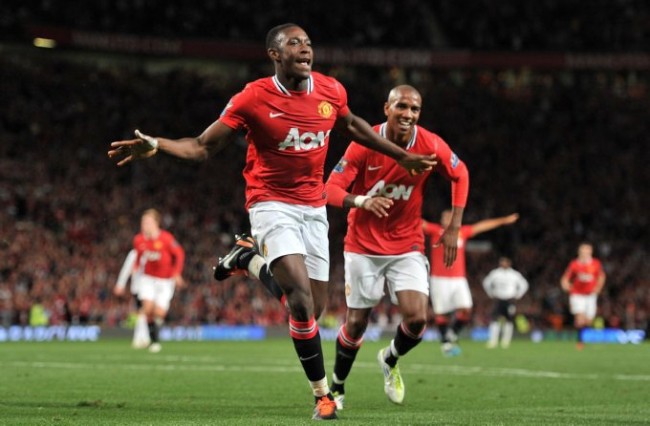 After going in goalless at half-time, Manchester United rolled Tottenham over in the second-half at Old Trafford last night, with Danny Welbeck rising to meet Tom Cleverley’s cross and guide a header past Brad Friedel to open the scoring on the hour mark.

Welbeck’s (who was mighty impressive from the moment his goal went in onwards) neat, back-heeled one-two with Anderson then allowed the Brazilian to slot home unencumbered from 12 yards for United’s second before Wayne Rooney headed Ryan Giggs’ looping feeder across Friedel for the third and final goal of the evening – taking United joint top of league with their bestest buds, City.