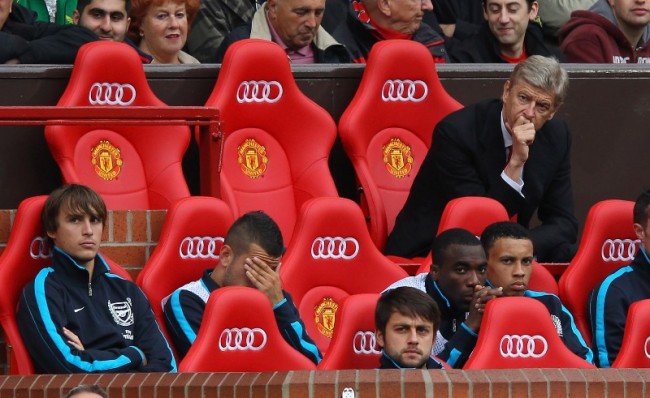 Wow wow wow wow wow wow wow. What the f**k just happened? ‘Men against boys’ doesn’t even come close to covering it – in fact, try something along the lines of ‘competent footballing unit against a small gaggle of spoilt children ‘ or thereabouts.

Christ almighty. It’s not like Manchester United put in a vintage performance but Arsenal were a shambolic, depressing mess. Every tiny flaw in their perpetually naff squad was magnified ten-fold at Old Trafford yesterday.

Coquelin, Jenkinson and Traore? Fabianski, Miquel, Oxlade-Chamberlain, Lansbury, Ozyakup, Chamakh, Sunu? Really, really? I’m so ineffably peeved that I can’t even string coherent thoughts together and I’m not even an Arsenal fan.

I feel for you brothers, I really do…