The Red Devils continued where they left off against Arsenal, this time banging in five goals against a rather forlorn looking Bolton side. Despite losing Tom Cleverley early on, courtesy of a good old-fashioned, firm but fair, British challenge (ie a thuggish assault) by Trotters captain Kevin Davies, United demolished Owen Coyle’s flimsy side.

Re-haired hat-trick hero Wayne Rooney has now hit eight in four league games this season, while strike-partner Javier Hernandez bagged a brace. The performance by Gary Cahill, the apple of many a Premier League manager’s eye, may well have put a few of them off the England man. 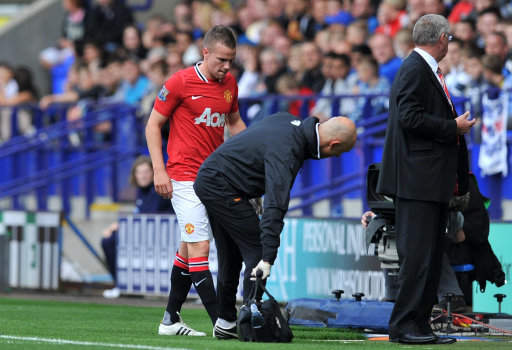