At the risk of causing Manchester United-related overload seizures, here’s a little Sky infographic comparing Nani’s first 100 games for United against that of Cristiano Ronaldo and, rather surprisingly, the former comes out on top by quite a margin as far as assists are concerned… 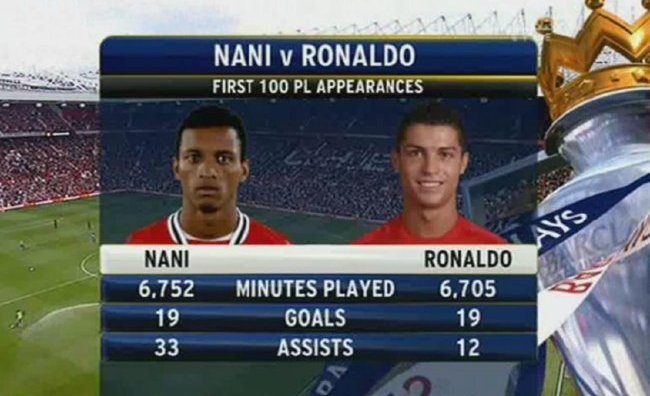 Of course it actually means little in the grand scheme of things, something as flux and diverse as football shouldn’t really be measured out in dry stats and dry stats alone, but you’ve got to doff your cap to Nani on this one – well played Sir, well played.