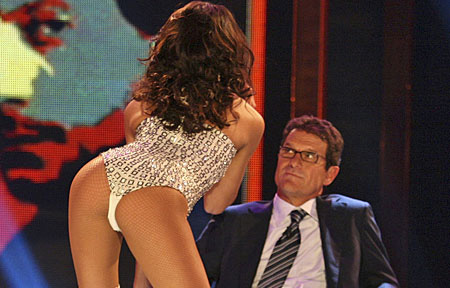 Whilst just settling in to the hot seat with the Russian national team, ex-England manager had claimed that under his guidance, the Three Lions would’ve done better at this summer’s Euro finals, saying to an English journo:

“If I were with your guys it would’ve been even better. “

The Italian tactician went on to criticise (again) The FA over his departure. He said:

“I’d worked there for four years and after what happened I wanted to stop. We had qualified for the finals and it was only the John Terry story that meant I couldn’t go to the finals.”

“On that issue with the English (FA), with my contract, it was put down on paper that the decision as to who would be captain should be made only by the coach. It was down on paper, in the contract, in black and white.

“Every national coach works for two years towards a goal – that is the ambition of every coach – but I was not given the opportunity to fight for the Euros with England.

“When you are told this is the goal… if you are always interfered with, you don’t feel well. You feel ill at ease. I wanted to be the main guy with the national team again and to take a team to Brazil. I wanted that again.”

That John Terry fella sure has a lot to answer for!