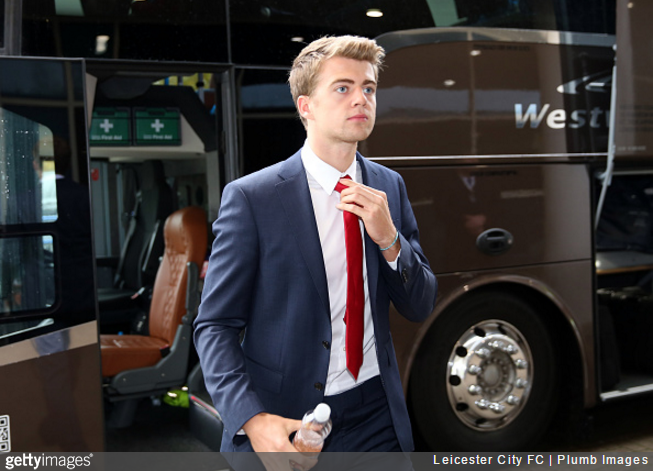 It took him six years, but Patrick Bamford finally escaped the Chelsea loan farm earlier this month when he joined Middlesbrough on a permanent deal.

After enduring a transient (seven loan moves in six seasons) beginning to his young career, the 23-year-old striker is now hoping to settle at the one club where he actually did himself justice back in 2014/15.S

Something of a rarity in English football, Bamford is privately educated, has GCSEs to his name and is even a Grade 7 violinist.

However, he claims that it was the precise nature of his upbringing that led to the youngster rubbing Sean Dyche up the wrong way during his largely pointless and uncomfortable six-month stint at Burnley earlier this season.

Speaking to the Daily Mail, Bamford opened up:

Me and the boys got on fine but me and Sean Dyche just clashed.

I could sit down and talk to him now and be civil but we had different ideas of football. I didn’t get a chance.

There were a few comments at Burnley. Dyche said that because I had come through at Chelsea – and because of the way I had been brought up – I had never had to work for anything.

My background is irrelevant and I didn’t even come through at Chelsea. I started at Nottingham Forest cleaning toilets and scrubbing the shower floors.

So saying I didn’t want it enough was upsetting. I went home every night wondering how to get in the Burnley team.

It was: ‘You’ve been brought up nicely, had everything handed to you’.

Is that what people think just because I went to private school and played instruments?

People don’t know. My parents never let me have everything. If I started something I had to finish.

Like with violin. I started when I was seven only because my best mate wanted to. I hated it and wanted to quit but dad made me continue and I got to grade seven.

My parents said I had to know the value of stuff and work for stuff. But when you get dragged along in paper headlines about things outside the game, football people pick up on it.

People think I don’t mind that much but for me not playing is the hardest thing ever.

Sitting in the stands has been a nightmare.

Sad really, isn’t it? Why bring a young player in if you’re just going to chip away at him incessantly?

The more we hear from Dyche (including his post-match interviews), the more he comes across as petty and parochial… and excessively croaky.