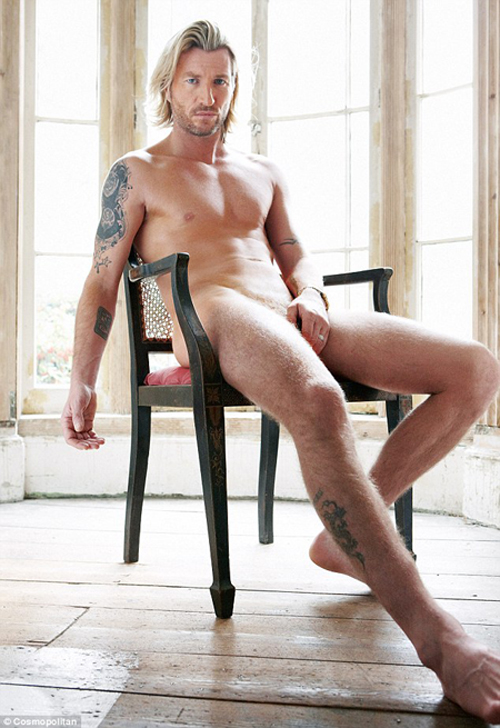 With all those cheeky photos of glamorous WAGs peppering the Pies’ website, we thought it only fair to give our female and gay male readers something to ogle, in the bright orange, bouffanted shape of professional pundit and amateur ballroom dancer, Robbie Savage.

Actually, if we were going to choose someone to appeal to women and gay men, it wouldn’t be Mr. Savage now, would it?  (it would undoubtedly be the members of the Pies’ writing team). However, the former Leicester midfielder has stripped off in order to highlight Everyman’s testicular cancer campaign in this month’s Cosmopolitan magazine, which gives this typical show of vanity some level of credibility.

Savage said: “Everyman’s testicular cancer campaign is close to my heart. My friend John Hartson found a lump, but put off seeing a doctor for three years – it nearly cost him his life.”

Anyway, enjoy the picture (if you want to) and don’t forget to check your balls for lumps every now and then!