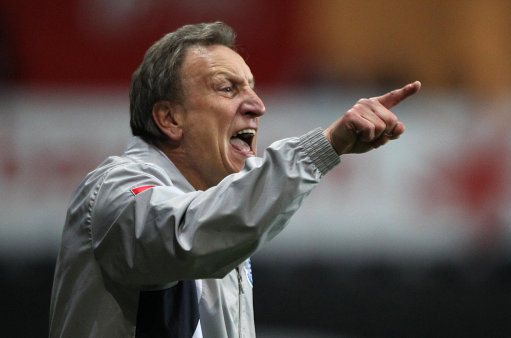 Hell hath no fury than a spurned football manager, particularly if it’s Neil Warnock. The ex-QPR boss, who tends to divide opinion (people either strongly dislike him or hate him), has hit out at the influence of critics and players on owner Tony Fernandes, claiming that his own reputation was “slowly poisoned” by outside forces with Twitter playing a key role in his downfall.

“Even the owner Tony, I know the influence he’ll have had from certain people over the past few weeks.

“It would have been difficult to resist because people get on the phone and tweet and it’s almost like slowly poisoning somebody from outside the club and no doubt from within the club as well.

“It’s a dangerous precedent if you let players talk to the chairman but, you know, you can’t stop tweeting.”

The 56-year-old admitted that his sacking had come as something of a surprise:

“I think you get used to a certain way of doing things but he [Fernandes] is so far away, all over the world. I’m not a communicator by tweet, I’m afraid, so I was always going to be the last to know.

“My chairman tweets a lot and some of my players tweet and players only look after themselves so it’s quite easy to start rumours with this new modern media and I don’t think it helps anybody.”

When asked about one of the games biggest Tweeters, Warnock’s former charge, Joey Barton, the Sheffield-born tactician didn’t say too much:

“I don’t think I want to get into talking about Joey Barton. Joey talks about himself enough and I think we’ll let Joey talk about Joey.”

Having already managed 11 clubs, one wonders where the ‘colourful’ Warnock will end up next. No doubt we’ll find out on Twitter.