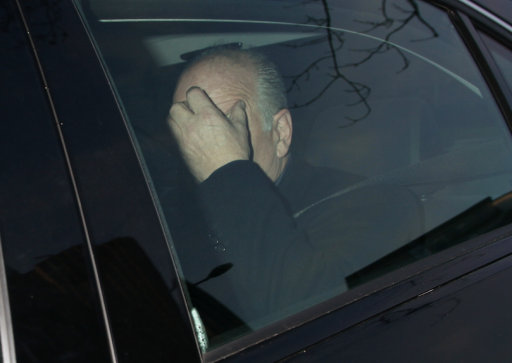 Speaking candidly to the Evening Standard, Andy Gray has admitted that he considered killing himself in the months after both he and Richard Keys were sacked by Sky Sports when a slew of the pair’s sexist remarks were made public back in January of 2011.

Asked if he’d thought about taking his own life at any point, Gray said:

“Yes. I would be lying if I said I didn’t. I had never felt like I have felt from January 25th [of last year] onwards.”

“[We were sacked] on a Saturday morning. I got a call on Monday from Andy Melvin [deputy head of Sky Sports] just telling us, ‘Don’t come in today for Monday night football. It escalated from there for some reason, I’ve no idea why.

“This was a private bit of banter released to the social media and for some reason the press, etc, tore us apart. I have no problems with a woman referee. It wasn’t a criticism, it was a light-hearted quip.

“I wish I’d never said it and, if I caused Sian any problems, then of course I’m terribly disappointed. Richard [Keys] phoned her, apologised on our behalf and she said, ‘Don’t be so stupid, guys.'”

A video of Gray making an ill-judged lewd comment to fellow Sky Sports presenter Charlotte Jackson (“just tuck it in there love!,” etc, etc…) also emerged at the time, which the 56-year old wrote off as BAAAAAAAAAAAAAAAAAAAAAAANNNTTTTZZZZZZZ!!!!!!. Nothing more, nothing less:

“Again, it’s probably an old man trying to be funny. It was no more than that. Charlotte knows us very well. For 17 years, my life was a dressing room and everyone who’s been in a dressing room knows what kind of banter goes on.

“It’s a place where you can get ripped apart at times by your fellow players. We had that type of dressing room at Sky where we wanted people to feel comfortable and we had conversations about many things.

“In 20 years in studios up and down the country I’ve heard people saying things off camera that would make your hair curl. I do not see myself as sexist. Not in a million years.

“I have four daughters and I was brought up by a wonderful mother on her own. She’s 91 and is distraught about what happened.”

Forgive my terrible unfeeling cynicism, but I’m not entirely certain that this is Gray ‘baring his soul’ or him merely putting the feelers out for a bit of sympathy. It’s hard to tell with one as boorish as he.

He may well be an atavistic, guffawing fossil of a man, but if Gray truthfully considered taking his own life as a result of the fall-out then he’s obviously deserving of our compassion as well as our pity. He should not be mocked for his candour on the matter.

While we’re on the subject. This little snippet of the Standard’s interview (conducted by former Beeb man Mihir Bose) is also worthy of a mention:

“As proof [of him not being sexist, Gray] explains that the rector of the church in Lower Slaughter in Gloucestershire for his third marriage last month was female.

““Veronica [James] was fantastic and we had a lovely Church of England wedding. There you are.”

“Gray does not have to spell out the implication. If he can accept female priests, which have caused such division in the church, how can he be sexist?”

Did he really just play the ‘some of my closest rectors are women’ card? Sepp would be proud.