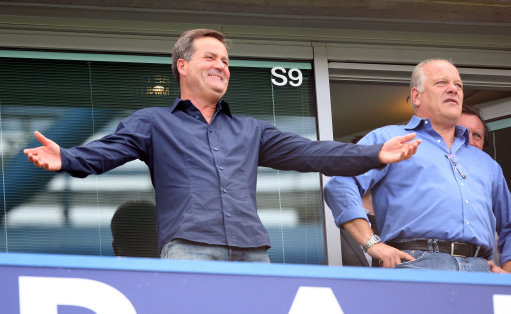 In a soon to be broadcast BBC documentary on sexism in football, Sanchez who currently manages Barnet, said:

“Someone, somewhere will appoint a female manager. I have a bet going with a mate that there will be a female Premier League manager within 10 years.”

“Whether (she is appointed) because she’s the best person out there or because of the commercial aspect that comes with it, the reason will be that it is the best situation for the club.”

The programme, to be shown on BBC One on Wednesday night, looks at a problem which has blighed football from the off. From the appallingly outdated ‘Soccerette’ feature on the nauseating Soccer AM to Keys and Gray to even throwaway terms like ‘handbags’, the game is riddled with casual and institutionalised sexism. Oh, and didn’t Sepp Blatter once entertain the idea of making female footballers wear tight shorts? Jesus wept!

Thankfully, with the increasingly enlightened views on homophobia and racism in the game and the likes of the FA’s Head of the National Game, Kelly Simmons, having a position of power, things may well change. And so they should.