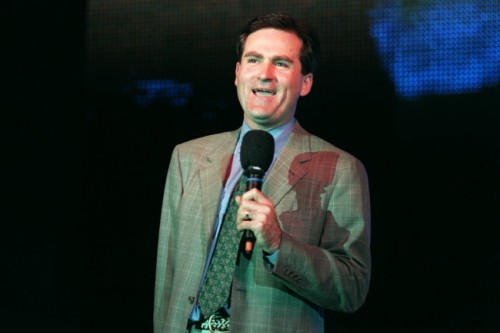 “Some of my best friends are black women…”

It seems someone at Sky is really out to harpoon Keys’ career (or what’s left of it), after audio of him calling former Ipswich and Nottm Forest striker David Johnson a ‘choco jocko’ (Johnson is black and was courted by the Scottish FA for a time).

The footage is 11 years old, so has someone with a vendetta been sitting on it all this time, waiting to unleash it for maximum damage? As Keys is due to start his new TalkSport radio gig tomorrow (this is awkward), the answer must be yes.

Objectively, I think it’s ridiculous to pillory someone for something they said or did more than a decade ago. But in Keys’ case, I’m happy to make an exception – because the odious stuff that has been caught on camera is probably only the tip of the iceberg, rather than a couple of isolated, out-of-character examples.

I’m also starting to feel a tad sorry for Andy Gray, not only for having to work with a creep like Keys for so long, but also because he lost his job largely as a result of going along with Keys’ banter. I could be wrong there – perhaps Gray is even more of a douchebag than Keys – but certainly I get the feeling that certain people at Sky (Keys and reporter Andy Burton, to name two) overdid the banter in a bid to chum up to Gray and other ex-pros, and Gray – a man raised in the dressing room, where any banter goes – simply went along with it.

The Mirror has the audio