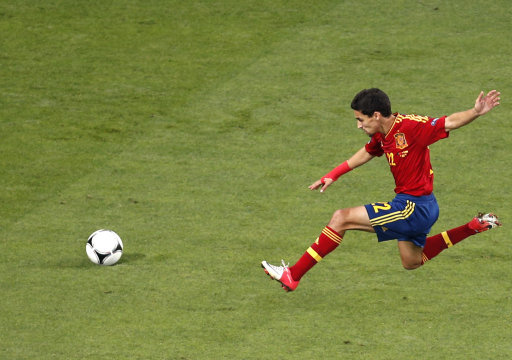 The 27-year-old international flyer will cost the Citizens £17million+ and will add a fresh and fleet-footed threat out wide for City, who look certain to sign up coach Manuel Pellegrini in the near future.

An extreme fear of leaving his Andalusian home had apparently stopped the attacker from moving before but now he seems ready to go abroad.

Last season, Navas was one of the most creative players in Europe, setting up chance after chance for his team-mates. However, he failed to score a single goal in 2012/13, a feeble return for an attacking player. Still, one wonders what the future now holds for City’s forgotten man Scott Sinclair.

Oh, and for the straight women and gay men out there, the Spaniard has rather incredible eyes!

Here’s a little video of Navas to whet your appetite (the music is appalling, by the way).