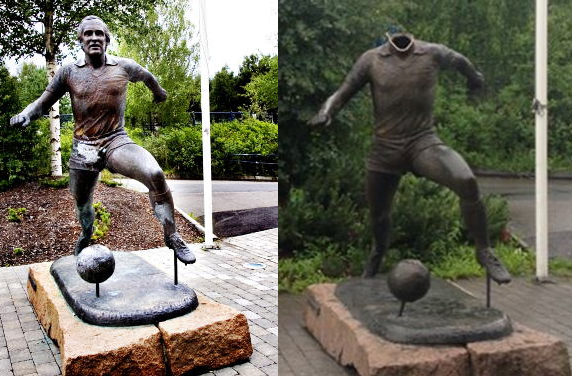 Lillestrom fans are up in arms today after a photo of the statue of club legend Tom Lund which sits at the entrance to their stadium circulated  showing that Lund had been “decapitated” by unknown vandals under the cover of darkness last night.

The headless sculpture has caused a (minor) scandal to break out in Norway, as Lillestrom supporters are adamant that the desecration is the handiwork of Valerenga ultras, with the two teams set to meet in the Tippeligaen.

“One does not have to be Sherlock Holmes to understand who has done this. It just adds to the ranks of low-brow behavior from the Valerenga ultras.

“That they would sink so low, I had never imagined. Vålerenga celebrate their 100th anniversary this year. It’s a hundred years of shame.”

Now where oh where would the Valerenga fans get an idea like that, eh? 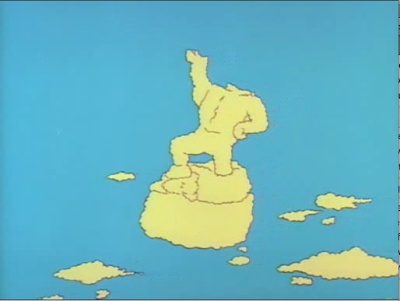 Former international striker Lund, now 62, is widely regarded as being among the finest, if not the finest player Norway have ever produced, spending his entire at Lillestrom and scoring 193 goals in 336 matches for the club, turning down lucrative offers from the likes of Bayern Munich and Real Madrid in favour of staying loyal to his hometown club.