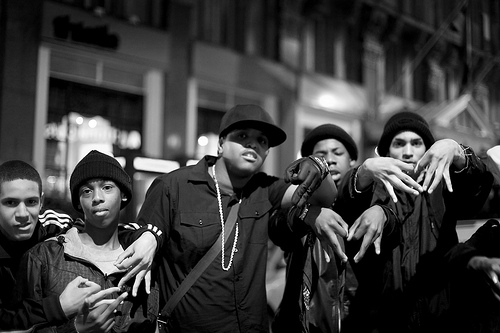 A Premier League player is being forced to pay a London gang £15,000 every three months in ‘protection money’ according to an investigation carried out by the BBC World Service‘s ‘World Football’ programme.

A member of the south London gang in question told the BBC that the player had grown up with members of the gang, and is now being forced to pay out regularly or risk facing a potentially career-ending attack.

The quotes from the gang member read thusly;

“The people above me have ordered this person that he has to pay them a certain amount of money every couple of months.

That’s just in case, so no one can touch you for three or four years but you are still paying that money every three months to keep yourself safe. It’s £15,000 every two or three months, that may not seem a lot to a Premier League footballer but it’s a lot of money.”

When asked whether the player could hire private security to protect himself, the gang member replied;

“We know where your family, friends and the people close to you live and your security isn’t going to protect them all the time.”

“Football reflects society and sometimes society can be not very pleasant.

If these threats are a reality it’s a terrible intimidating thing for the player concerned. Clubs and players are a lot more conscious [about security], we have made them aware of this, and there’s a strong need for private security to go alongside the police.”

Just goes to show how vulnerable most professional footballers can be. The fact that they are (speaking generally) young, semi-uneducated men with high-profile fortunes makes them incredibly susceptible targets for all the sh*t-flicking blackmailers out there.