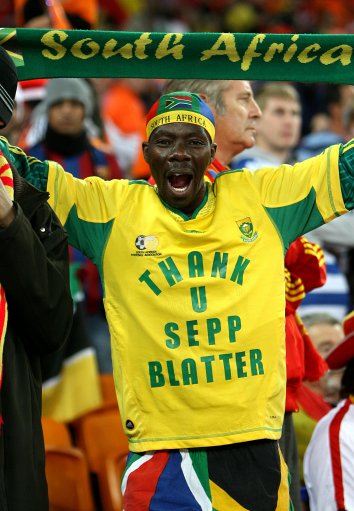 FIFA have announced that they plan to conduct tests into ten different proposals for goal-line technology systems which, if successful, should be implemented when the IFAB (essentially football’s law-makers) meet again in March of this year.

Zurich-based FIFA will allow Zurich-based research institution EMPA to conduct the tests on their behalf, with experiments due to start on February 7th and run through to the 13th.

From the PA’s news wire:

“Each system will have to demonstrate they meet the criteria of being 100% accurate, and can also relay the decision automatically to referees within a second.

“The results of EMPA’s experiments will then be announced at the meeting of the International FA Board meeting at Celtic Manor, near Newport, Wales on March 5th.”

With FIFA’s sub-glacial rate of progression in mind, you can probably expect to see goal-line technology wash up on the Premier League’s shores around about the time that the second ice age descends upon the Earth.