Footballs in space? Looks like they’ve finally located Elano’s penalty from the other day.

Anyway, something a little out of the ordinary here on Pies, this ‘ere is the ‘Soccerball’ nebula that was recently discovered by an amateur astronomer by the name Matthias Kronberger with the help of the Gemini Observatory in Hawaii… 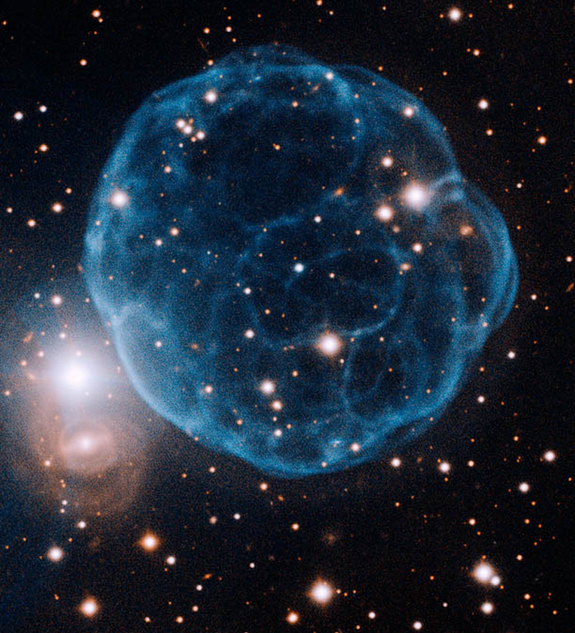 The ‘Kronberger 61’, to give it it’s proper name, has caused a bit of a stir in scientific circles as the nebula (which is, in Layman’s terms, a dying star’s last heroic fart) is almost perfectly spherical – which is a rather rare occurance apparently as they usually look like ‘butterflies’.

It may be a swirling ball of celestial gas, but we reckon it would still fly more straight and true than the godawful Jabulani ever did.