When banter turns to herbicide. 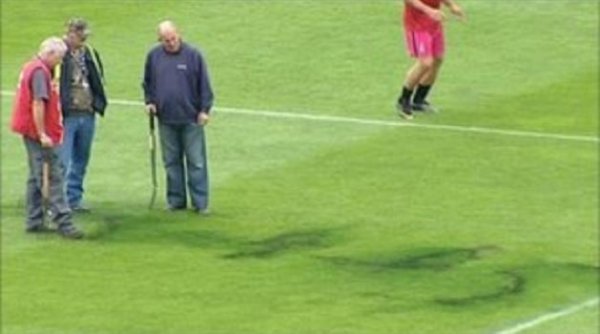 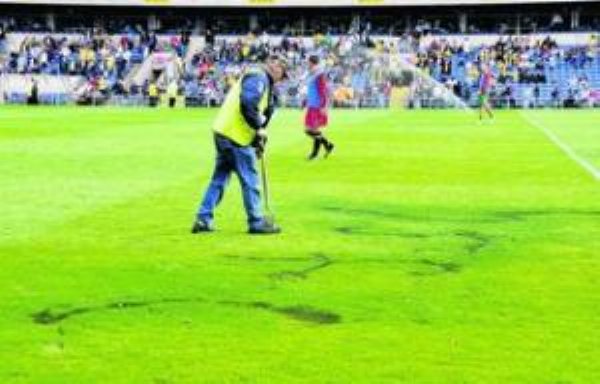 According to the Oxford Mail, the two men responsible were captured on CCTV but are yet to be identified. Anyone with information is asked to contact Thames Valley Police – in other words, they’re hoping for a ‘grass’ to come forward.

Of course, this heinous act of wanton turf abuse comes but six months after the U’s had their £25,000 ox sculpture besmirched with pink paint. The poor buggers, what have they done to deserve this misery?