How about that? Some diligent fellow by the name of Tim Long has gone over the entire 2010/11 season, spending 250-ish hours reviewing over 700 incidents across all 380 Premier League games to compile a league table in which every single ‘significantly incorrect’ refereeing decision has been rectified and accounted for.

As you can see, according to Long’s pain-staking research, Arsenal would have finished runners-up to Manchester United, Blackpool and Birmingham would have staved off relegation and Manchester City (the biggest beneficiaries off referee error by quite a margin) would’ve been a massive nine points worse off… 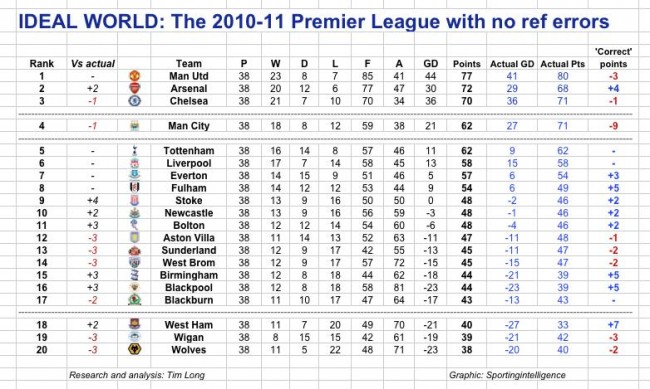 Thanks to Pies fan Morgan for the nudge. [Image: Sporting Intelligence]