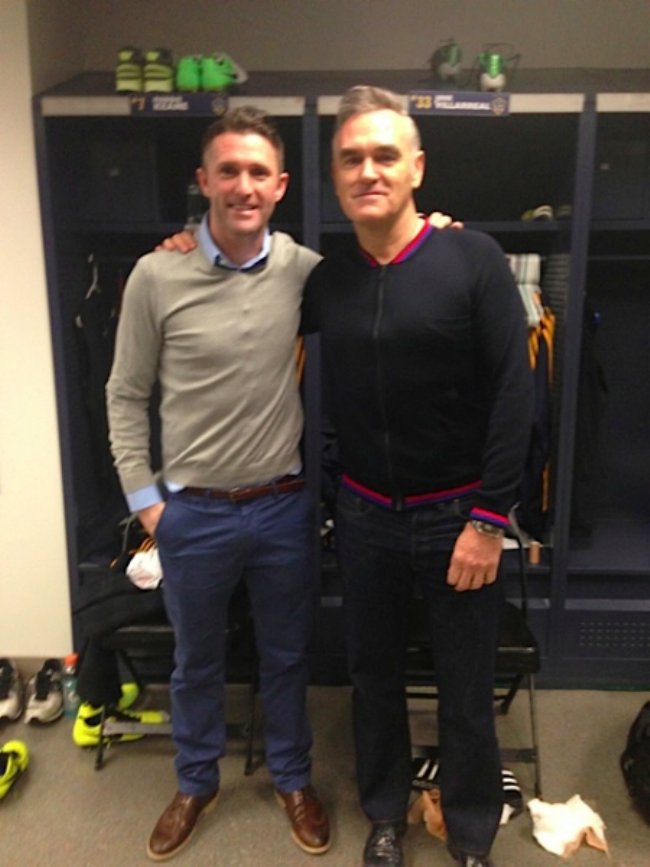 Morrissey then wrote the following gushing appraisal of Keane’s performance against Club Tijuana, which later appeared on a fan blog:

“It was a joyous head-storm to attend LA Galaxy v Club Tijuana last night and to see captain Robbie Keane score in the fourth minute. Why, exactly?

“Well, family tree aficionados will be aware that Robbie and I share the same Irish blood; his late grandfather (Thomas Nolan) being my own father’s cousin. In filial terms the Irish blood, English heart genetic between Robbie and I is evident – his chin is my chin, my chin is his.

“Robbie was raised on Captain’s Road (as was my mother) in Crumlin (Dublin), before he was shipped out to Tallaght. He is a gentleman of the highest caliber (or, if you must, calibre), and to watch him on the pitch – pacing like a lion, as weightless as an astronaut, is pure therapy.

“Robbie, the pleasure, the privilege is mine.”

Pacing like a lion? Weightless as an astronaut? Bloody Nora! Get a room you two.

By the way, if you’re stumped over the whole ‘unidentified fan’ thing, may we suggest you venture this way?