David Beckham, with a little help from Miami-based architects Arquitectonica, has finally dropped the rendered stadiums plans for his proposed MLS franchise – which he and his people are hoping to construct slap bang on the water in the PortMiami section of the town, just across the street from Miami Heat’s AmericanAirlines Arena.

The master plan renderings have been released to help smooth the investment team’s application to buy the land and, as well as the swanky 25,000-seater stadium, show an adjoining hotel complex, retail space, a tiered plaza and the verdant redevelopment of a currently unused footbridge across Biscayne Bay… 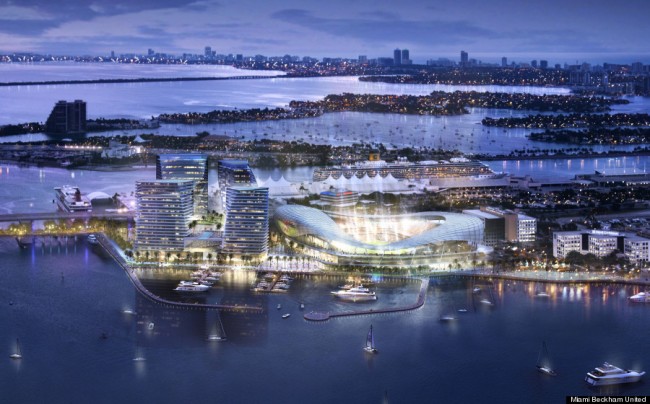 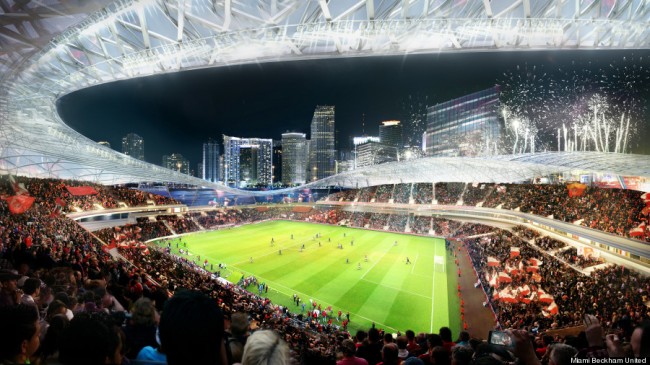 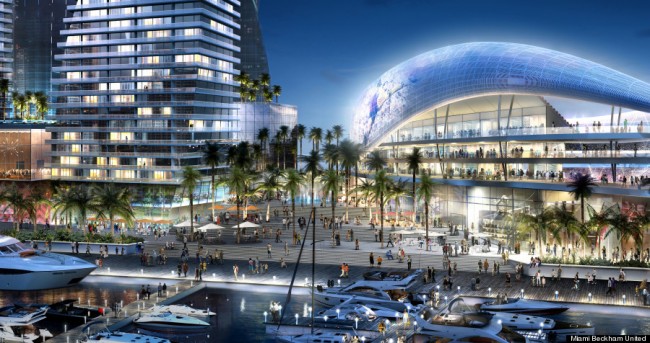 Becks said, via a statement:

“When people think of Miami, they immediately think about being near or on the water. I asked my team to develop ideas for a stadium that embraces the best of the destination.

“Even though we are in the early stages of building the franchise, I believe we have a vision that not only Miami would be proud of, but one that will resonate around the world.”

There are, apparently, a fair few objections to Beckham’s plans, with at least one boat chartering/cruise line business already located in the port said to be strongly, and understandably, against any redevelopment.

Still, it looks nice – which is all that matters to us.