Once touted as the ‘new Pele’ back in the  mid-2000s, Ghanian-born US international Freddy Adu never quite lived up to all the hype. Indeed, his career is a harsh lesson in just how difficult it is for a feted young footballer to deal with the pressure and make it to the very top. From France to Brazil, Serbia to Finland, Adu’s career is strewn with failed attempts to kickstart his career. However, he has always found some success in the USA, where he currently plies his trade with Tampa Bay Rowdies in the North American Soccer League. And apparently there’s still some life left in the Adu ‘brand’. 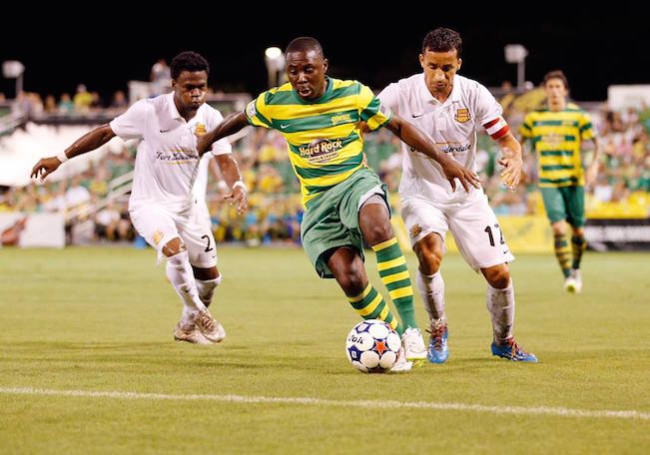 Keen to make the most of his professional footballer status, the 26-year-old Adu has decided to promote none other than Hoover, the domestic appliance giant, by Tweeting this rather prosaic photo of himself using a new cordless vacuum cleaner…

No mess can beat me thanks to my new @HooverUSA Cordless 2-In-1 Stick and Handheld Vacuum #NoCordNoBull #sponsored pic.twitter.com/cBcD9ghHAV

Poor old Freddy doesn’t really look like he’s giving 100% in the photo, does he? Although he’s hardly taking a Ferrari for a test-run, is he? Still, it’s good to see him still in the game and still making a few extra quid on the side too. We may all sneer, but he’s made a career as a professional footballer, which is still a hell of an achievement and one most of us goons can merely dream of achieving.