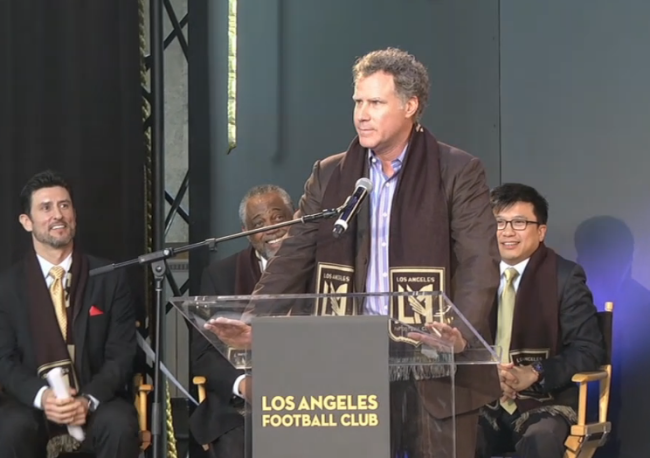 As unlikely as it may seem, Will Ferrell and Vincent Tan are to buddy up and collaborate in the running of the latest MLS franchise, Los Angeles FC.

Ferrell and Tan are numbered among 26 co-owners, who include the first lady of US women’s soccer, Mia Hamm, as well as former NBA star Magic Johnson.

Anyway, LAFC officially launched themselves on Thursday, unveiling their new crest and livery at an introductory press conference where noted soccer fan Ferrell took to the stage to confirm that he’s deadly serious about helping the team become established in MLS.

This is not a joke. I’m actually a member of this fine ownership group.

As things stand, LAFC are scheduled to join MLS in 2018 to replace the defunct Chivas USA and they’ll be looking pretty swanky as and when they do…