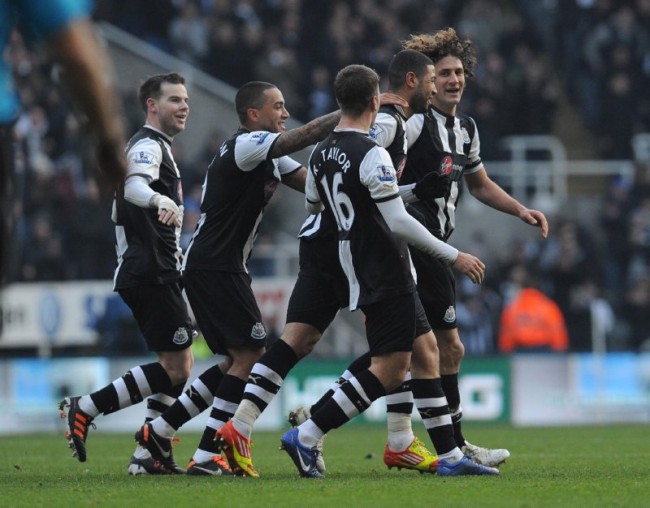 First things first: Sincere apologies for that god-awful pun. I tried to rise above it, and failed. Miserably.

Anyway, Newcastle inflicted defeat upon Mark Hughes in his first game in charge of QPR, with a neat solo effort from Demba Ba’s deputy Leon Best proving to be the difference between the two sides at the Sports Direct 80% Off Insane Spring Sale Arena.

The match also saw QPR ‘enforcer’/Luddite Shaun Derry attempt to squish Yohan Cabaye’s ankles into potted meat with a nasty OTT challenge. Cabaye leapt up and managed to stay vertical just long enough to yell furious obscenities at Derry, before returning to horizontal mode and getting carried off on a stretcher.’No lasting damage’ is the latest update on that front.

Also, I didn’t watch the match myself, but apparently co-commentator Ray Wilkins was in a right old funk all game long for some reason, especially regarding the Derry/Cabaye incident. Can anyone shed any light?