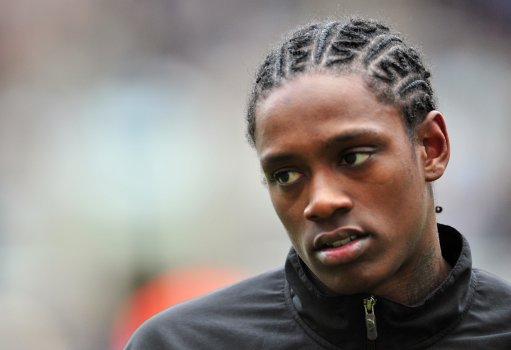 Already up on bail awaiting trial in June on charges of assault, Newcastle striker Nile Ranger has got himself into even more trouble.

On Monday night, the 20-year-old was arrested outside a casino in Newcastle after breaching his bail conditions which stated that he was banned from the city centre.

Ranger appeared in court on Tuesday and was set to go on trial on Wednesday (before the same magistrates) on a charge of being drunk and disorderly.

Remember, this is the same guy who consciously agreed to have a smiley face tattooed on his inner lip, has been photographed posing with a gun and was also fined by the FA at the beginning of the month for making homophobic Tweets.

A ‘forgotten man’ at Newcastle, the youngster’s chances with the club must surely be coming to an end? Unfortunately, he doesn’t seem to grasp just how lucky he is.