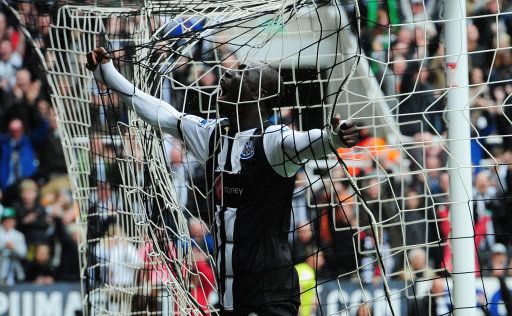 Newcastle are, you may have noticed, doing really rather well of late; five games unbeaten, fifth in the Premier League, level on points with Tottenham in fourth, flirting with Champions League qualification and scoring shed loads of goals – mostly through one Papiss Demba Cisse.

After replacing former goal-glutton Demba Ba at the head of Alan Pardew’s offensive triangle (*ahem*) since joining Newcastle from Freiburg at the arse-end of January, the Senegalese striker has stuck in 10 goals in eight starts for the Toon and, much like Demba Ba, who attributed his success to quaffing litres of strawberry sirop, his fellow countryman Cisse also has a secret source of power – a woman by the name of Liz and her ability to curry the bejesus out of poultry.

“[Newcastle have added] a Senegalese dish called Yassa [to the canteen menu], which I love. I can’t cook it, but the chef at the club, Liz, does a really great job. It’s fantastic.

“It is another example of how the club has made me feel so welcome and I appreciated it very much.”

Thanks Liz, on behalf of Geordies everywhere, thanks.