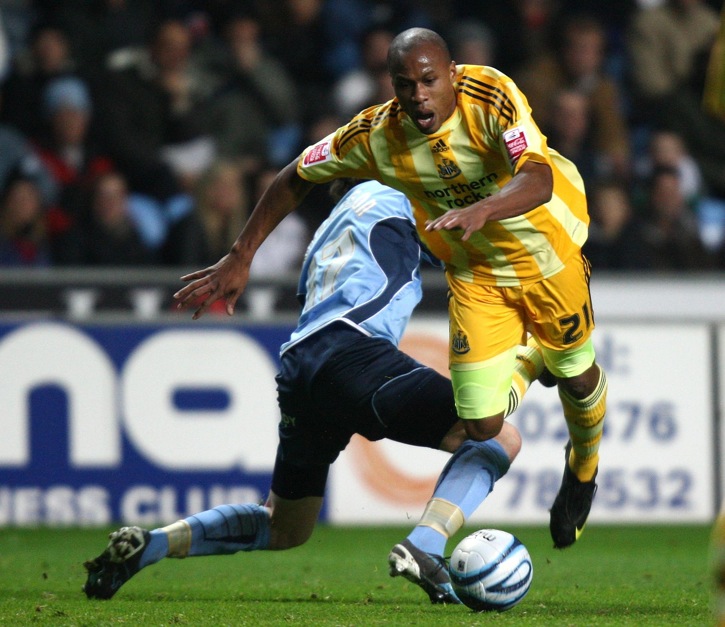 Newcastle's Fabrice Pancrate (right) is tackled by Coventry's Aron Gunnarsson during the Coca-Cola Championship match at the Ricoh Arena, Coventry.