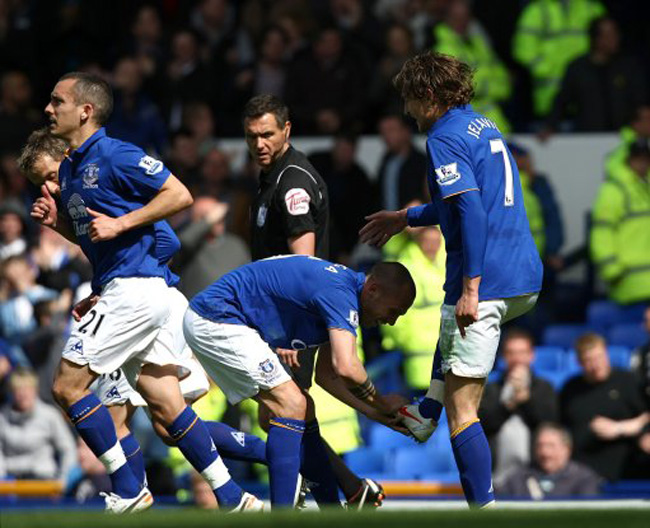 Alan du Pardew’s French/African squad failed to finish on a high after what has been a superb season. Coming into the last day of the season, the Magpies were still in with a shout of a top four berth. However, with both Arsenal and Tottenham winning, Newcastle couldn’t have made the top four even with a win.

First-half goals from Steven Pienaar and Nikica Jelavic gave the home side a 2-0 lead at half-time. After the break, Dutch defender Johnny Heitinga made it three before a spent Newcastle side got one back, albeit via a Tony Hibbert own-goal.

Everton midfielder Tim Cahill was sent off after the final whistle when he seemd to grab Yohan Cabaye by the throat, but all in all, it was a fine end to the season for the Toffees, who finish one place and four points clear of rivals Liverpool.

Despite missing out on the top four, Newcastle will be delighted with their superb and somewhat surprising season.