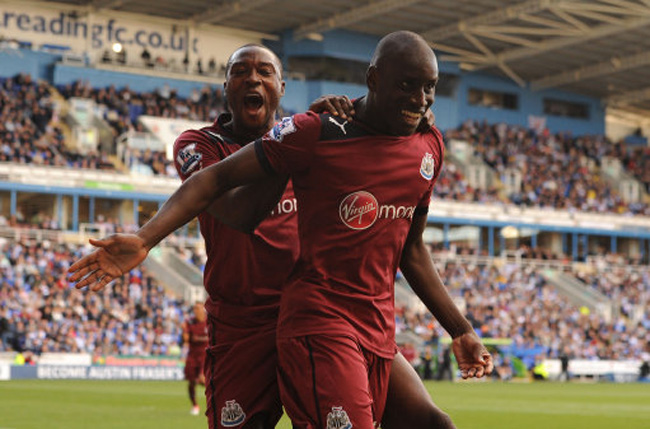 In-form hitman Demba Ba struck a brace at the Madejski Stadium on Saturday, including a superb volley, to rescue a point for the Magpies and leaves Brian McDermott and co. still searching for their first Premier League win of the campaign.

Jimmy Kebe struck first for Reading on 58 minutes, netting from a clever Jobi McAnuff pass. However, just seconds after the re-start, Ba equalised courtesy of a superb first-time volley from a long Cheik Tiote pass.

Just four minutes later, the home side were ahead again, when Noel Hunt headed home. However, Ba would eventually level the scores again (on 83 minutes), although he did look to have handled the ball before scoring.

A better performance from the Royals will give McDermott some comfort, although against a below-par Newcastle side, he will rue not securing all three points.