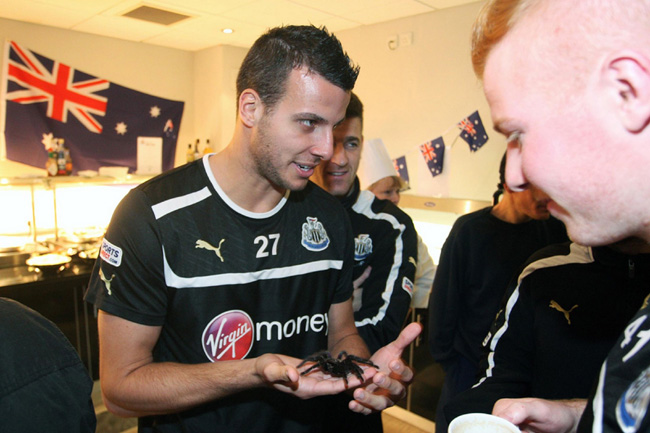 In honour of that charming/smug/annoying/really annoying/utterly annoying (you choose) Newcastle duo Ant and Dec, the Magpies decided to host their own I’m A Celebrity Get Me Out Of Here ‘bushtucker’ trial at their Benton headquarters.

Players and coaching staff had a chance to get up close and personal with spiders and snakes as well as chomping on some kangaroo bollocks. Actually, the testicles in question, which groundsman Micky Curran courageously ate were actually made of pork, although which part of the pig they were from remains to be seen.

“Ant and Dec are big fans of Newcastle, so in their honour we had a bit of a Bushtucker trial. People have been running out of the door – like Andy Woodman, our goalkeepers’ coach.  Steven Taylor was putting hairy spiders on everyone. It’s been fun.”

“We have not had the best of weeks, we all are just as much annoyed as the fans after last weekend’s performance and result, so it has been a nice morning.

“I had a little hold of the iguana, the spider. I didn’t eat anything, though.” 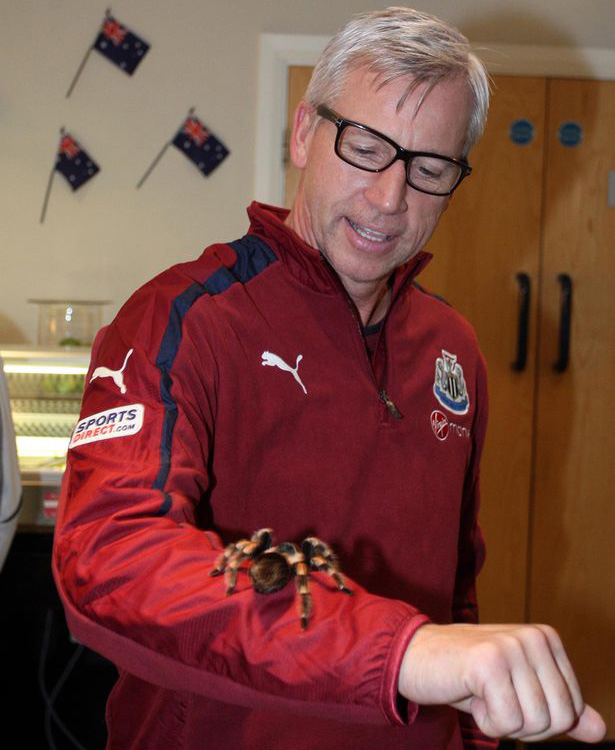 After having to deal with Joey Barton, handling a venomous spider was surely a walk in the park for the Newcastle boss… 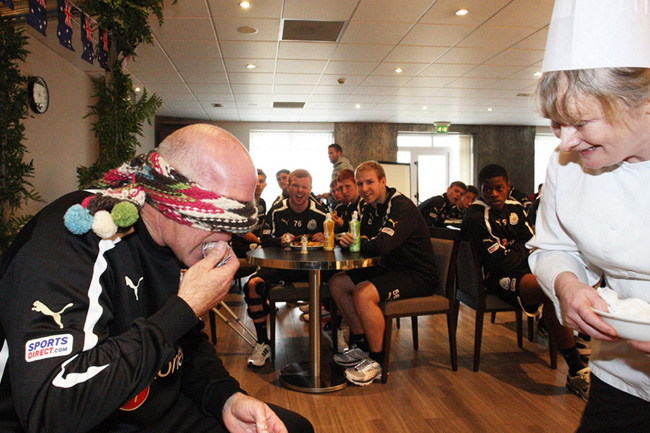 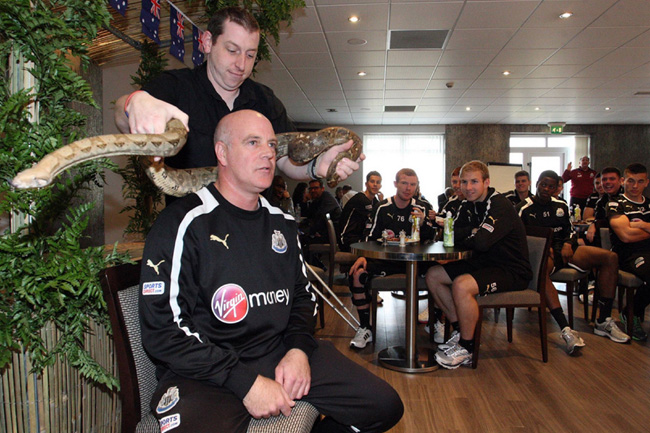 Curran again, this time about to be garrotted by a snake.