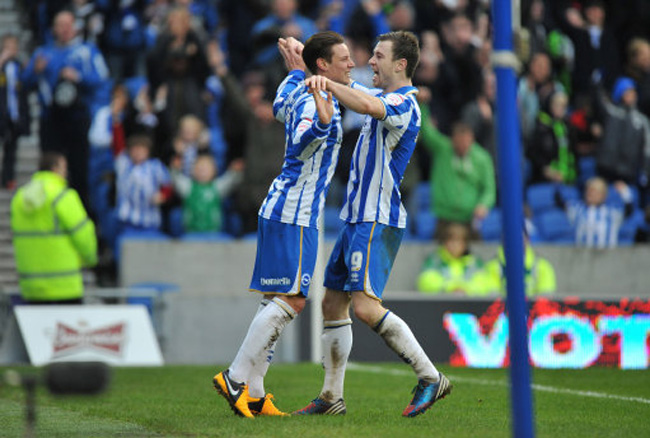 Shorn of pretty much all of his first team, Alan Pardew saw his patched-up Newcastle side lose courtesy of a superb and assured performance from Gus Poyet’s Brighton.

The Seagulls were the better side from the off and eventually took the lead courtesy of a superb, clever strike from Andrea Orlandi just after the half-hour mark. Architect of that goal was Wayne Bridge, who was superb throughout the game.

With the (less-than) Fabulous Ameobi Brothers leading the line for Newcastle, they struggled to trouble the Seagulls’ backline, and after the break, the home side continued to dominate, with Liam Bridcutt superb in the centre of the park.

The sending-off of captain Shola Ameobi, after two debatable bookings made things even harder for the second-string Toon side and eventually Brighton’s lead was doubled, when sub Will Hoskins broke through the middle and fired through Rob Elliot’s legs.

Down for the count, the Magpies offered little in the way of a fightback as the game drew to a close with the Seagulls ultimately securing a well-deserved win.

I wonder if the Newcastle powers-that-be are now regretting that eight-year contract given to Alan Pardew?