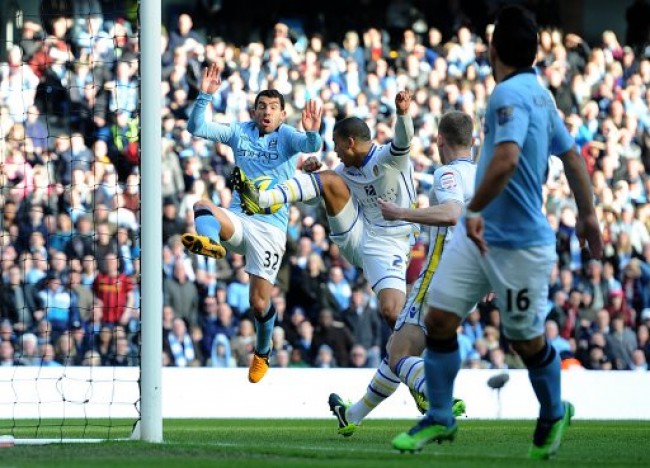 After last week’s capitulation at the hands of Southampton, Man City looked more like themselves against Leeds on Sunday, totally outclassing the Championship side in an easy victory at the Etihad.

Yaya Toure was in sparking form for the home side, dominating the middle of the park and powering forward whenever given the opportunity while Sergio Aguero gave the United backline a torrid afternoon.

City were already 2-0 up within 15 minutes courtesy of Toure’s well-woked goal on five minutes and Aguero’s spot-kick 10 minutes later while second-half goals from Carlos Tevez and Aguero again gave the home side a deserved easy win.

There was little for the travelling fans to shout about although they did do their best to make some noise. As for manager Neil Warnock, the pressure is now on to secure a promotion place in the league.