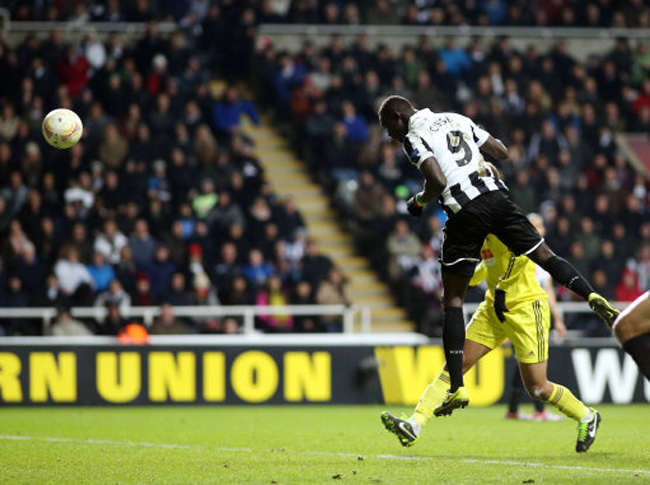 After a hard-fought 0-0 away in Russia, this tie was nicely balanced. And at St. James’ Park, the two sides produced an enthralling clash.

The nouveau-riche visitors produced a much better performance than they had managed in the first leg, but couldn’t make the most of their good play in a goalless first period.

After the break, the Magpies had a great chance to open the scoring only for Steven Taylor to fire at the ‘keeper from close-range. However, soon after that, on 54 minutes, Anzhi’s Mehdi Carcela-Gonzalez was sent off for two quick yellows.

Despite being down to 10 men, Anzhi still looked a threat up front, with Samuel Eto’o going close and Mbark Boussoufa hitting the crossbar. But ultimately, it was the home side who would triumph, courtesy of Papiss Cissé injury-time header from a Sylvain Marveaux cross.

The Senegal striker has now netted three in his last three at St. James’ Park as Alan Pardew’s multi-national side march on.