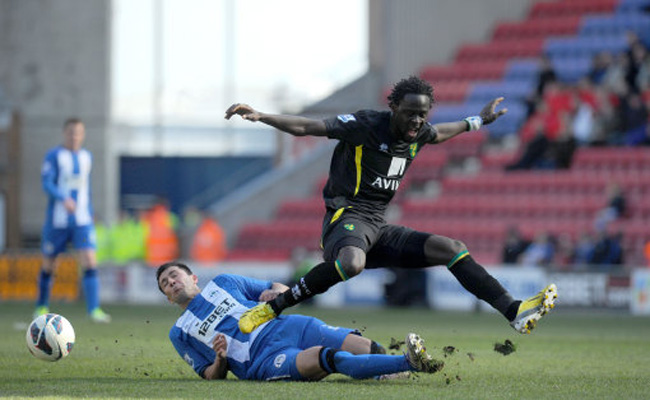 Aroune Koné was the goal-hero for Wigan on Saturday, netting a late winner against Norwich which could prove vital in their battle to avoid the drop.

Wigan’s relegation-defying feats have become an annual occurrence but for large periods of this game at the DW Stadium, the home side struggled to get into gear. However, after the break, the Latics finally started to ask questions, with Koné’s strike on 81 minutes after being set up by Jordi Gomez, finally breaking the deadlock.

Wigan move out of the drop-zone, albeit only thanks to goal-difference while Chris Hughton’s Canaries are now just four points clear of danger themselves.