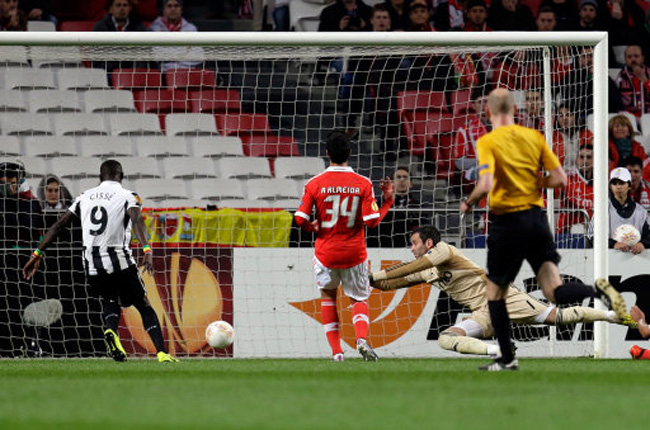 Newcastle failed to build on a promising start at the Stadium of Light on Thursday night, eventually going down 3-1 after  a second-half collapse.

Papiss Cissé had opened the scoring the visitors after just 12 minutes before hitting the woodwork. However, on 25 minutes, Rodrigo made the most of a poor David Santon pass to level the scores for the home side.

After the break, the Super Eagles started to dominate, although the unlucky Cissé did strike the woodwork yet again before ex-Sporting Braga striker Lima fired home. An Oscar Cardozo spot-kick on 71 minutes sealed the victory for the home side, leaving Alan Pardew’s men with a mighty big challenge in the return leg at St. James’ Park.