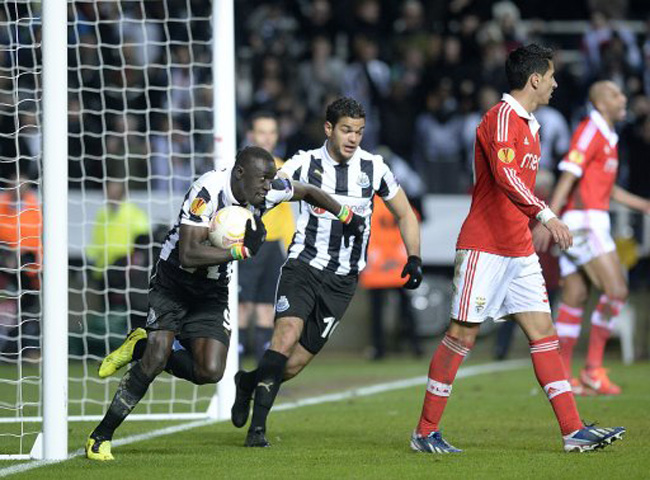 Despite playing in front of their own fans, Newcastle failed to overturn Benfica’s 3-1 advantage from the first leg, instead playing out a 1-1 draw with the Portuguese giants.

Papiss Cissé did his best to provide the Magpies with a cutting edge up front and had two goals chalked off for offside before finally netting officially on 71 minutes.

With only one more goal needed to win the tie, the home side pushed forward but ultimately it was the visitors who would score at the death courtesy of Eduardo Salvio, thus knocking out Alan Pardew’s men at the quarter-final stage.